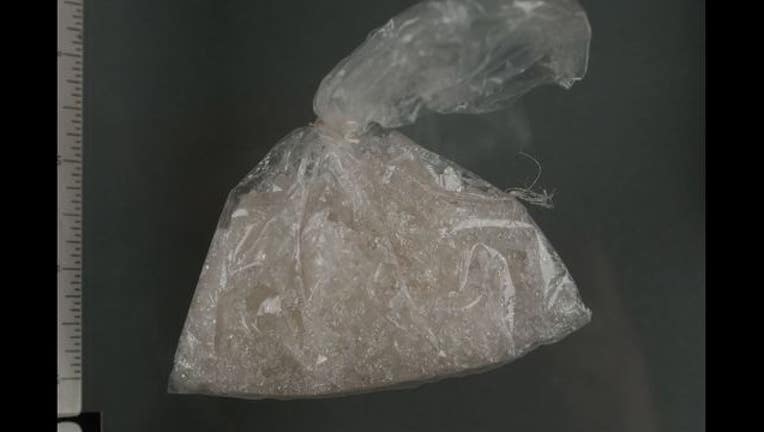 (FOX 9) - Three men have been charged after law enforcement seized more than 67 pounds of methamphetamine headed for Minnesota.

According to the U.S. Attorney’s Office in Minnesota, Humerto Torres-Rodrigeuz, 38; Jose Romero, 22 and Irwin Enrique Becerra, 22 were all charged with conspiring to distribute methamphetamine.

April 3, Torres-Rodriguez was stopped by police in Colorado. A search of the vehicle yielded 55 pounds of methamphetamine in a false compartment, or a “trap” inside his vehicle.

The next day, Torres-Rodriguez made calls to Romero and Becerra to coordinate the delivery and pickup of the methamphetamine, agreeing upon a meeting location in Bloomington, Minn.

The three men arrived at the Bloomington location where they were all taken into custody.

A follow-up search turned up an additional 16 packages of methamphetamine and approximately $30,000.

The DEA, the Ramsey County Violent Crime Enforcement Team and the St. Paul Police Department are all investigating the incident.