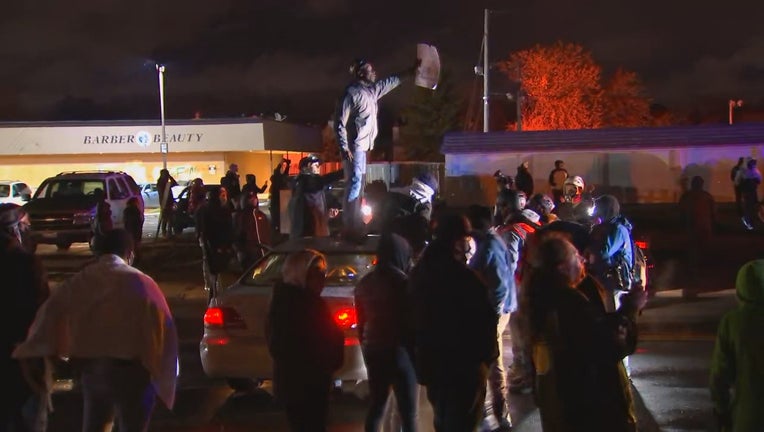 After declaring an unlawful assembly, law enforcement issued dispersal orders to the protesters outside the Brooklyn Center Police Department on April 13, 2021. Officials arrested some protesters. The rally was held for Daunte Wright who was shot and (FOX 9)

A Brooklyn Center police officer shot and killed Wright during a traffic stop on April 11. His death sparked a week of protests, drawing hundreds outside the Brooklyn Center Police Department. While largely peaceful, at times the protests turned violent.

In a COVID-19 update Thursday, State Infectious Disease Director Kris Ehresmann said 22 cases are linked to the demonstrations, with 11 each from law enforcement and protesters.

Ehresmann recommended those who attended the protests should get tested for COVID-19 and should quarantine if they had known exposure.