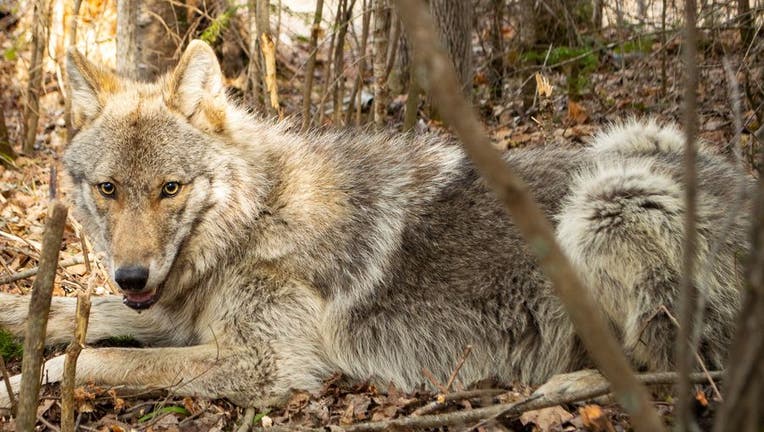 GRAND RAPIDS, Minn. (FOX 9) - The Minnesota Department of Natural Resources is investigating after wildlife researchers found two wolves with GPS-tracking collars in northern Minnesota that had been illegally killed.

On Jan. 22, researchers located the first wolf, a male two to three years old, beneath 10 inches of ice on the Vermillion River near Orr, Minnesota, said Dr. Tom Gable, team lead for the Voyagers Wolf Project.

The wolf had gone off the radar for a bit in early November, Gable said. Once the wolf’s GPS collar began transmitting data again, it became clear the wolf was not moving and researchers suspected it had died.

After pulling the wolf’s carcass from the river and examining it, researchers determined it had been illegally killed and then dumped in the river. Gable said the wolf appeared to have been shot in the chest. 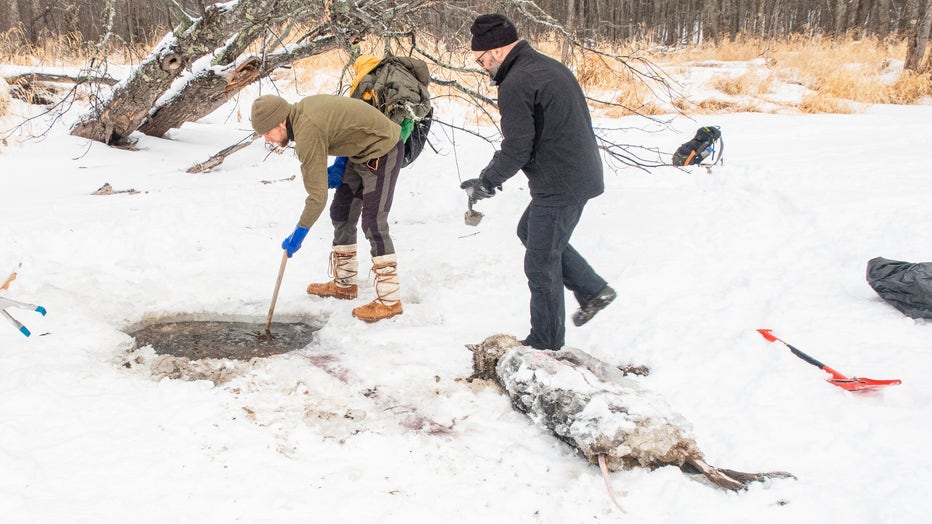 Researchers chopped through 10 inches of ice on the Vermillion River near Orr, Minnesota to recover the body of Wolf VO86. (Voyagers Wolf Project / FOX 9)

Researchers recovered the second wolf, a male one to two years old, on Jan. 29 just north of Grand Rapids. It too had gone missing for a while in early November. The wolf’s GPS collar did send out some intermittent transmissions, but it was not enough information to determine whether the wolf had died or if the collar was just having technological issues. Eventually, however, the team received a mortality signal from the collar.

Researchers suspect the wolf did not die right away, but went some distance before eventually dying, according to the Voyagers Wolf Project’s Facebook post. 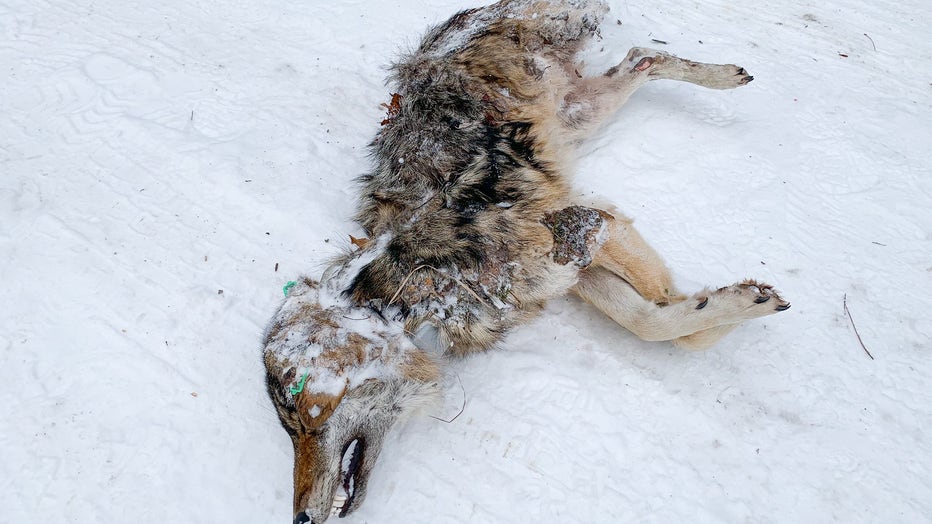 The wolves’ collars were collecting location, temperature and activity sensor data the entire time, which helped researchers determine both wolves were killed in November.

Gable said the wolves were "almost certainly not" killed by the same people, given the incidents were 80-90 miles apart.

Wolves have gone from reviled to revered in Minnesota over the years.

At the time of the killings, the wolves were still considered a protected species in Minnesota. The Trump Administration stripped gray wolves of their Endangered Species Act protections last fall, returning management of the species to states and tribes.

Currently, it is illegal to hunt or trap wolves in Minnesota, although private property owners may shoot or kill wolves if they pose an "immediate threat" to their livestock, pets or property, according to the DNR website. Anyone killing a wolf under those provisions must report it to the DNR and surrender the wolf carcass to a conservation officer.

The Voyagers Wolf Project was created to study wolves in the greater Voyagers ecosystem in northern Minnesota, which includes Voyagers National Park and the area directly south of the park, during the summer months. What wolves do in the summer is one of the largest knowledge gaps in wolf ecology, Gable said, as most wolf studies take place during the winter when it is easier to see and track wolves without advanced GPS collars.

Northern Minnesota is one of the few areas in the Lower 48 where the wolf population was not almost entirely wiped out in the mid-20th century. The number of wolves in the greater Voyagers ecosystem averages about 73 per year, according to the project’s estimates, and the population has remained relatively stable over the last 30 years, Gable said.

"We definitely have a dense wolf population [in northern Minnesota]," Gable said. "Instances of one or two wolves being killed is not going to have a big impact on the population."

The Voyagers Wolf Project is a collaboration between the University of Minnesota and Voyagers National Park. It is supported in large part by the Minnesota Environment and Natural Resource Trust Fund.

The DNR confirmed they are still investigating both cases. Anyone with information on either of the illegal wolf killings is asked to call the DNR Turn-in-Poachers (TIP) line at 1-800-652-9093.