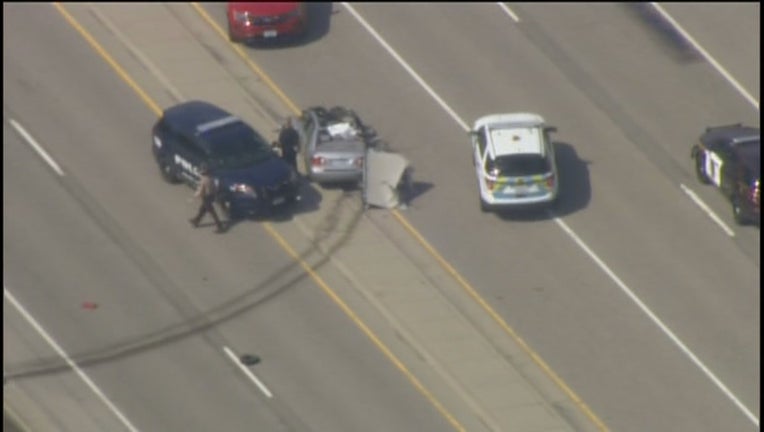 The crash occurred around 11:49 a.m. at the intersection of Eagle Creek Avenue and Natchez Avenue in Credit River Township.

Two killed in crash with freight truck in Scott County

There were three occupants in the Toyota Corolla, two of which were pronounced dead at the scene. Their identifies have not been released.

The third occupant, a young boy, was removed from the backseat and transported by ambulance to Children’s Hospital in Minneapolis with serious injuries.

Aerial footage of a crash scene near Lakeville, Minnesota Wednesday.

The driver of the freight truck was uninjured.

At this time, it has not been determined if alcohol or drugs were a factor in the crash, the sheriff’s office said.

The crash remains under investigation by the Scott County Sheriff’s Office, the Minnesota State Patrol and the Hennepin County Medical Examiner’s Office.