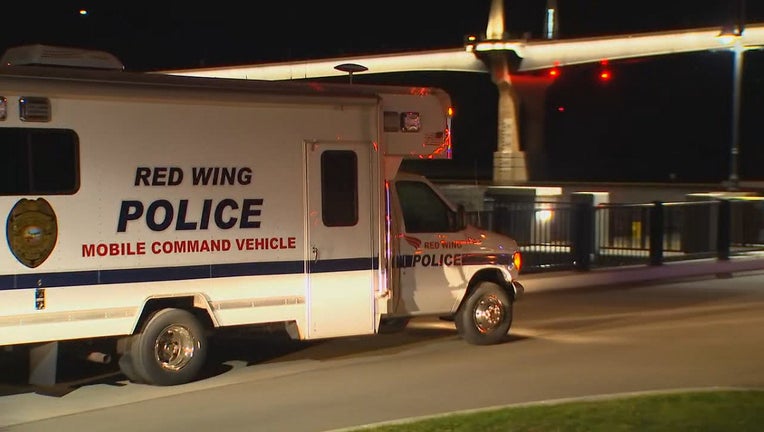 A mobile command unit for the Red Wing Police Department arrives at the city's train station shortly after 6 p.m. on Wednesday, November 17. (FOX 9)

In an update on Thursday, police say they were called out to the Red Wing Depot on Levee Street just after 2 p.m. for the packages. On the train, Amtrak's Empire Builder 8, officers say they "assessed the situation" and called in additional resources which included the St. Paul bomb squad.

Ultimately, investigators determined there was no threat to the community and no one was hurt during the incident.

In a tweet, Amtrak said Thursday that the Empire Builder was back on the move, but more than 12 hours behind schedule. The train, which travels from Seattle to Chicago had been scheduled to arrive in Chicago Wednesday by 4 p.m. Amtrak's website shows the train arrived shortly after 5:30 a.m.