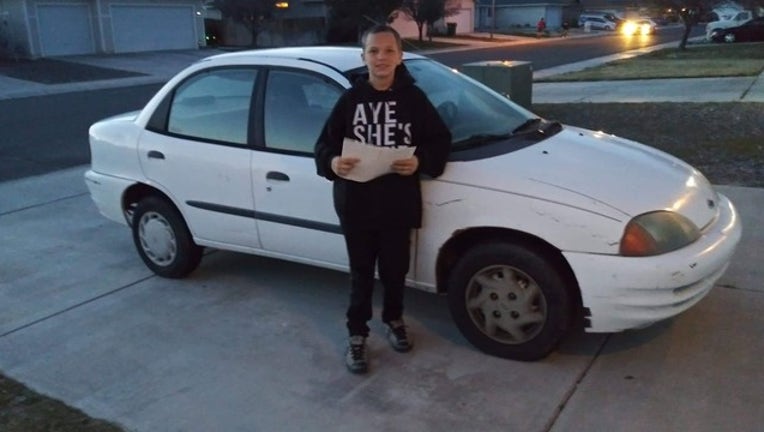 FERNLEY, Nev. (FOX 35 ORLANDO) - A selfless act to help out his single mother has the internet praising one Nevada teenager.

Krystal Preston says it has been rough. On top of being a single mom to three kids, she also had no vehicle to drive them around.

“I walked everywhere I went if I was unable to get a ride,” Preston tells Fox 35. “This is all a new situation for my family. We had to completely start over and with pretty much nothing.”

Preston says her 13-year-old son William had been mowing lawns and doing yard work around the community for years to earn his own money.

One day, he saw a YouTube video where people get their mom’s a car to surprise them and decided that was exactly what he wanted to do for his mother.

While going through Facebook, he saw a post from someone selling a 1999 Chevrolet Metro. That’s when he asked the woman if she would trade her car for his Xbox.

That’s when she saw a woman standing in her front yard and her son said she was giving them a ride.

At the end of the ride, William presented her with her new car.

“William says ‘mom that's your car.’ I completely lost it. I started balling my eyes out. I am speechless my 13-year-old son bought me a car!”

Preston says he may have his days of being a typical teenager, but she is proud to call him her son.

"What 13-year-old kid do you know that buys his mom a car... William I love you son and thank you. You have such a big heart and I love you."