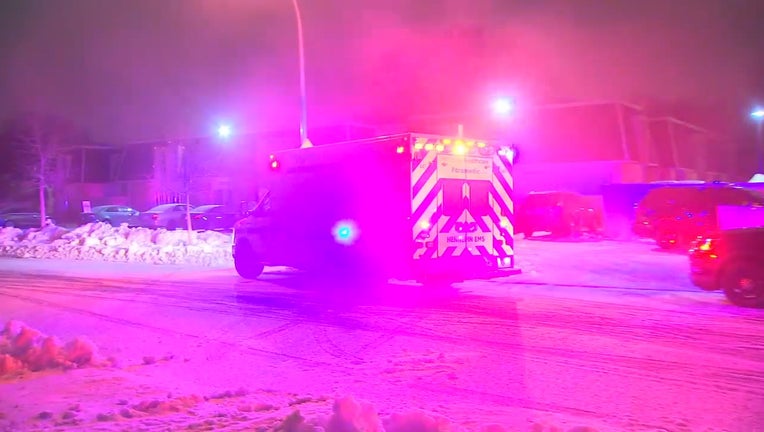 An ambulance responds to a shooting at an apartment building in Richfield, Minnesota on Jan. 18. 2021.

RICHFIELD, Minn. (FOX 9) - A man is in the hospital with serious injuries after being shot in the head early Monday morning in Richfield, Minnesota, according to Richfield police.

Officials say just before 2 a.m., a woman called the Bloomington Police Department, saying she shot a man in a nearby apartment. When officers responded they found the man in an apartment on the 1700 block of 75th Street West in Richfield.

According to police, the man had been shot in the head and was still breathing when they arrived. An ambulance took the man to Hennepin County Medical Center for treatment.

Police took the woman, who made the initial call, and other witnesses to the police department for questioning.

Officials believe this was an isolated incident.