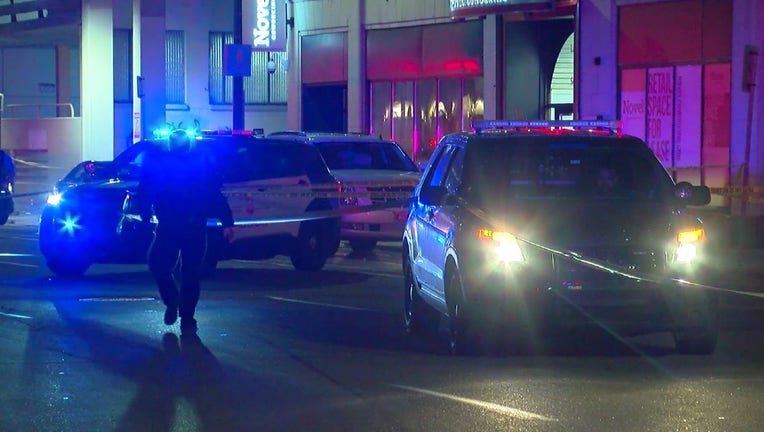 MINNEAPOLIS (FOX 9) - Police are investigating a shooting that left one dead and another injured Saturday night in Minneapolis.

According to police, at 10:22 p.m., officers responded to the area of 9th Street South and LaSalle on 911 calls reporting the sound of shots fired.  Officers were advised that additional callers were reporting there appeared to be a man down on 9th Street South between LaSalle and Hennepin avenues.

When they arrived, officers located a man suffering from a non-life-threatening gunshot wound. Officers rendered aid, and the man was transported to the hospital.

While officers were helping that shooting victim, other officers found a woman dead in the parking garage at 9th Street and LaSalle.

The suspect fled before officers arrived.