Snow accumulation is expected to taper off Friday, but southern parts of the state may still get another inch or two. 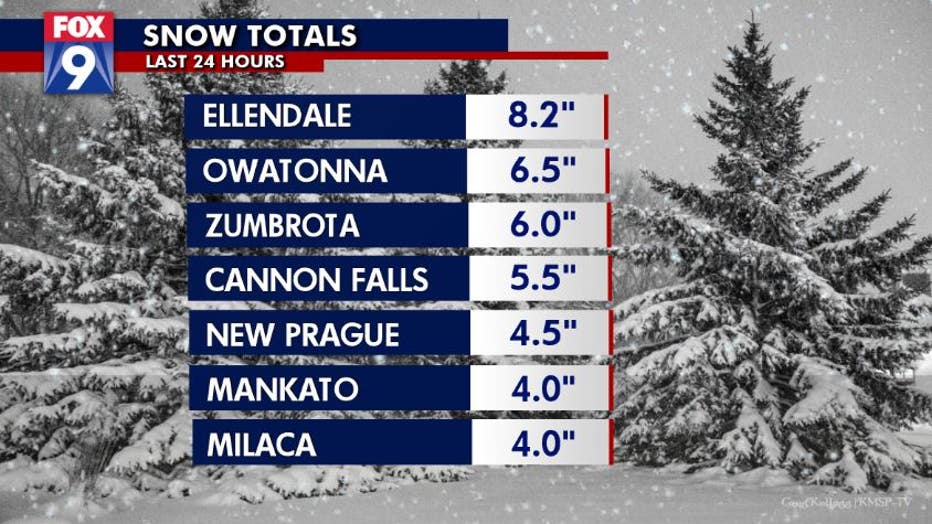 So far, Ellendale, which is near Albert Lea, got more than 8 inches of snow. Overnight into Friday morning, highways in southwestern Minnesota were closed due to low visibility from blowing snow.

Cities in the Twin Cities metro saw about 2 to 5 inches of snow. Accumulation was on the low end due to melting from city warmth, seen with the slush on the roads. 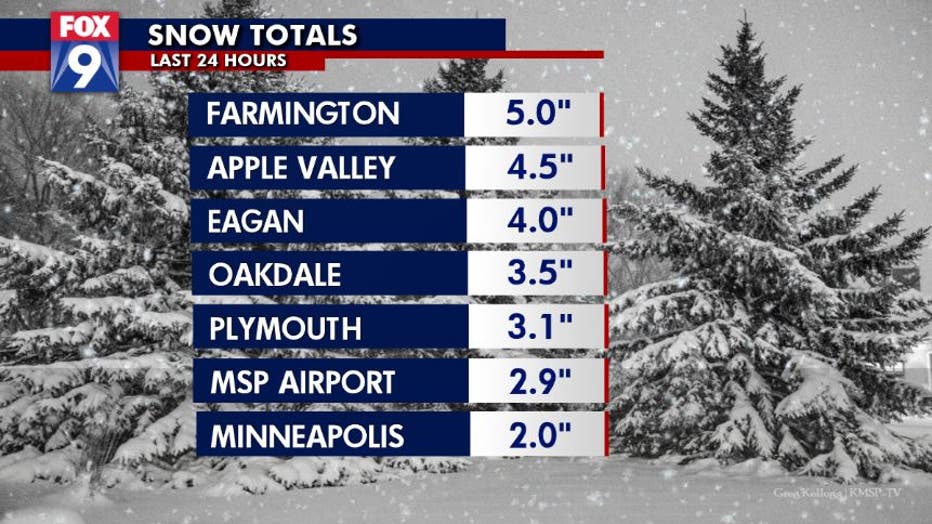 Roads are still slick in some areas. According to Minnesota State Patrol, from 6 a.m. to 11 a.m. statewide there were 36 crashes, 68 vehicles that spun out or went off the road and 5 jackknifed semis. Six of the crashes had injuries.