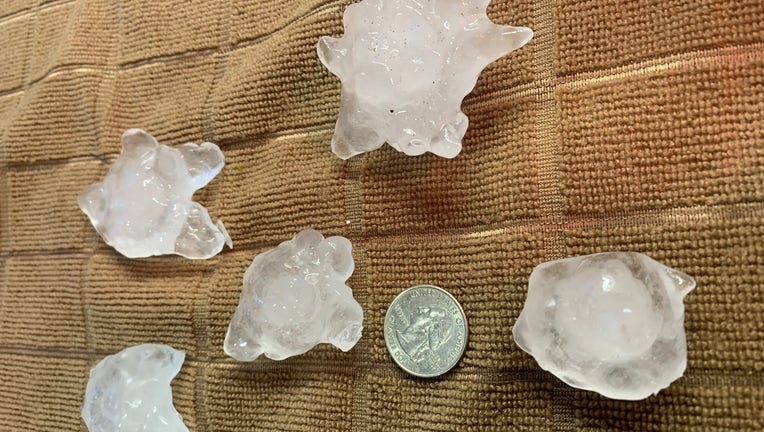 (FOX 9) - Rain, snow and hail fell Wednesday in a strange day of severe weather across Minnesota.

The severe weather surprised even the heartiest of Minnesotans as Tuesday’s warmth was replaced by a wide range of conditions that included tornado watches and warnings. At the same time as southeastern Minnesota towns were sheltering for tornadoes, snow was falling on the North Shore.

In Dakota, Rice and Scott counties, tornado warnings were issued until the early evening.

In Dakota County, cars were forced to pull over on Hwy. 52 at times as visibility shrunk.

"I probably should have pulled over, but I just had the windshield wipers on high and it was crazy," said Mary Maas, of Woodbury.

Strange-looking hail fell to the ground in parts of the state accompanied by eerily dark skies. 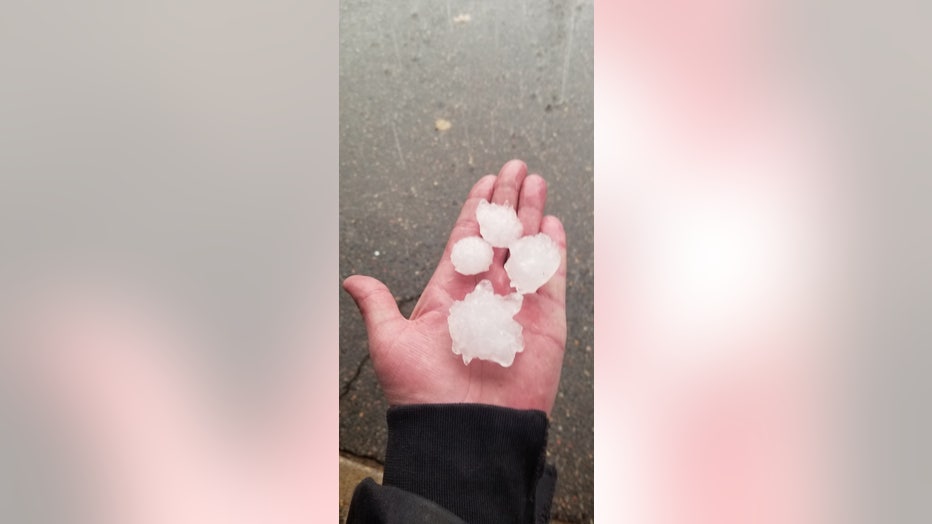 The wacky weather, while unusual, wasn’t all bad, with one Minnesotan expressing their gratitude for the weather melting what was left of the Twin Cities snowpack.