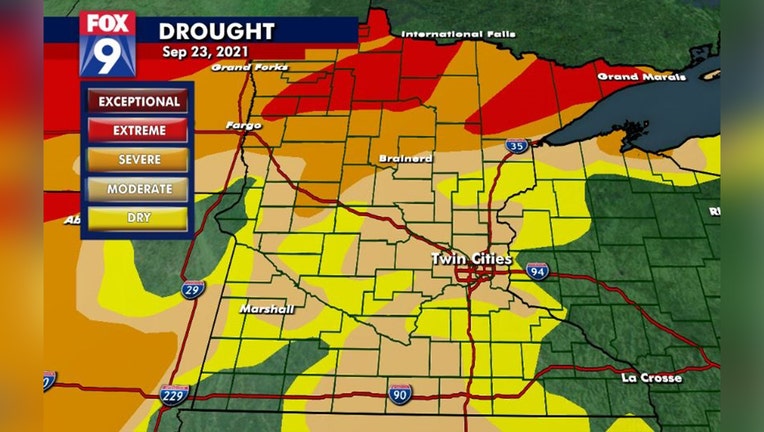 (FOX 9) - Some more beneficial rain over the last seven days continues to help the lakes, rivers, and soil recover from a near record dry summer. 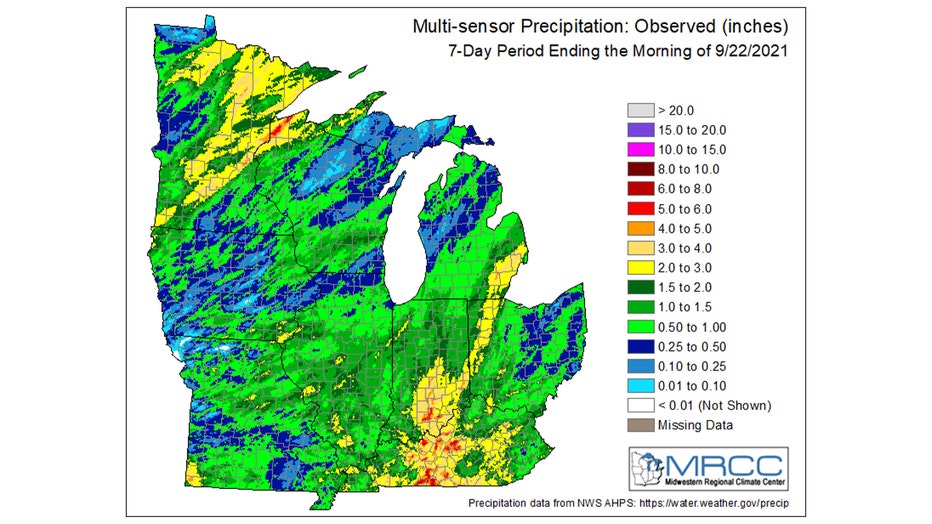 While not everyone experienced some heavy rain earlier this week, a couple of swaths of hefty totals are leading to some nice improvement in these zones. That has led to a major milestone this week: the highest drought category called exceptional, has disappeared entirely. A large part of northwestern Minnesota was in that zone for the last several weeks but has improved to "just" an extreme drought. Clearly not the end of the dry conditions in this zone, but a much-needed dent. 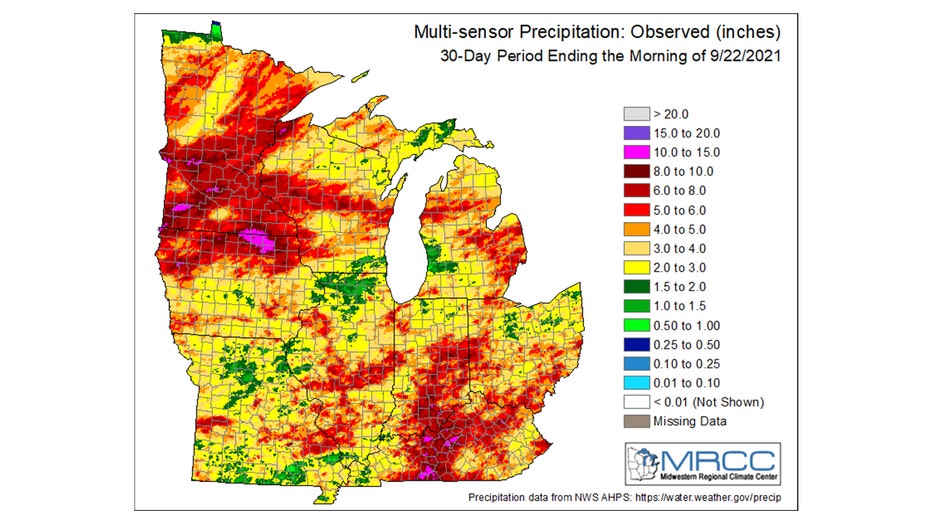 Other parts of central and northern Minnesota also experienced a drop in the drought categories. Areas from Gaylord and Hutchinson to Wright County and the St Cloud area to Little Falls, Brainerd and International Falls all experiencing an improvement in drought categories with the severe drought getting removed from central Minnesota altogether.

Other areas improving are along the northern end of the Interstate 35 corridor from Cambridge to Rush City and Hinckley. For the metro, other than Wright and Sherburne counties, there was no change in our overall drought conditions over the last week.

Download the FOX 9 Weather app to stay up to date on the latest weather and drought-related news, as well as forecasts to see when we'll get rain next. Download it for Android or Apple.