NASHVILLE, Tenn. - Four people have been confirmed dead after heavy rainfall left much of Tennessee woke up under a flash flood warning over the weekend.

The remains of a man were found inside a car that had been submerged by flooding from a creek.

And officers discovered another body on a golf course. Investigators believe he was swept away by high water after exiting his car that'd run off the road.

Another man and a woman were found near a homeless camp.

According to a news release, Nashville activated its emergency operations center and spent much of the night rescuing residents who’d become trapped by floodwaters. Crews freed at least 130 people stranded in vehicles, apartments and houses — as well as roughly 40 dogs that had been trapped at a shelter.

In just two days, Nashville measured a total of 6.69 inches of rainfall.

The National Weather Service said the downpour left the city with its second-largest two-day rainfall in the city’s history, beating the 6.68 inches mark measured on Sept. 13 and 14 in 1979.

Officials describe a flash flood as a sudden, violent flood that can develop in a matter of minutes or hours. It is also possible to experience a flash flood in areas not immediately receiving rain.

Officials have asked residents in flood-prone areas to immediately move to higher ground. 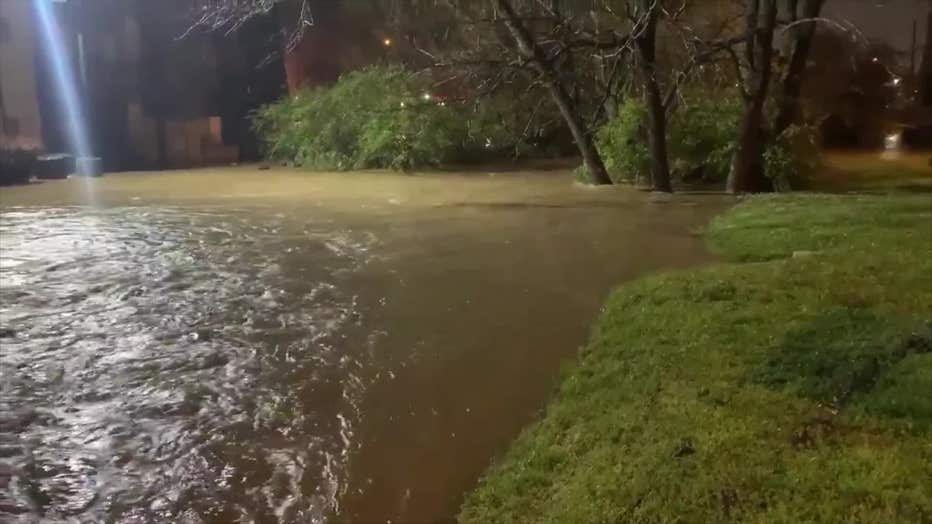 Motorists are urged not to attempt driving through floodwaters. Just two feet of moving water is enough to sweep a vehicle away.

"Motorists should also not drive around barricades on roads or emergency vehicles blocking roads or other areas," officials stressed in the news release.