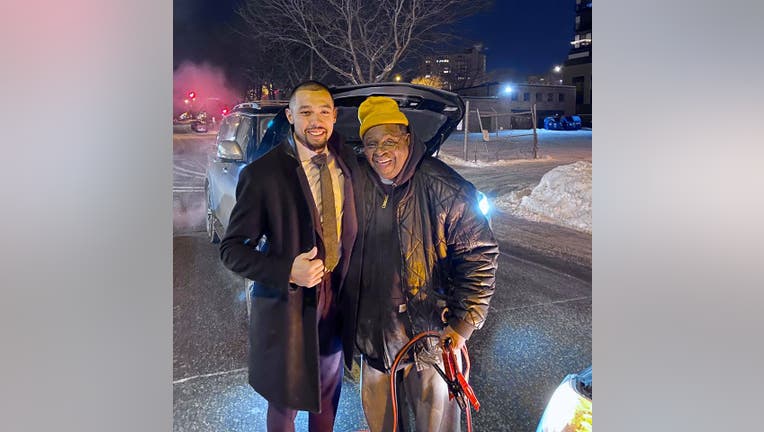 Nicholas Swanson says he was driving home when he noticed a vehicle that was stalled in the middle of the road. The car didn't have its lights on and appeared to be out of gas. He noticed another vehicle had stopped nearby, so he decided to pull over as well.

When Swanson got close enough, he couldn't believe his eyes. He learned the good Samaritan who stopped was in fact Wild defenseman Matt Dumba.

"I eventually learned that Mr. Dumba had already gone to the gas station and got a gas tank with some gas for the gentlemen so he could get his car started," read Swanson's Facebook post. 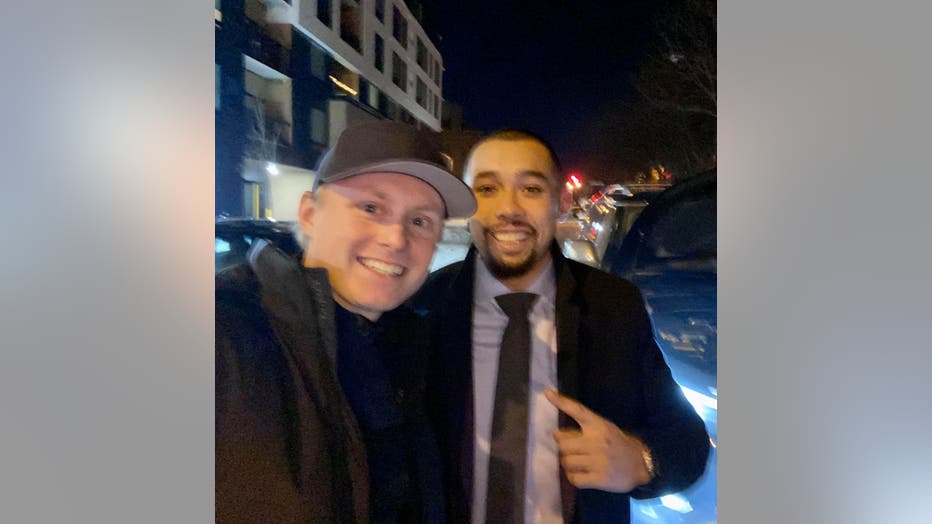 Swanson learned the stranded driver also had his wife and child with him. Swanson and Dumba worked through temperatures as cold as 4 degrees to jumpstart the man's car.

"[T]he smile and amount of joy was priceless as he hugged and thanked us," read Swanson's post. "I can’t help but think of how many people didn’t stop, drove right by, and how helpless they probably felt sitting there getting colder and colder."

Just hours earlier, Dumba had been playing a hockey game against the Florida Panthers. While the Wild lost 5-4, Dumba would prove he's still a winner off the ice.

"After grinding 20+ minutes on the ice and with all of the preparation and hard work it takes to play in the NHL, it would’ve been easy for Mr. Dumba to drive by just like the other people did," wrote Swanson. "Instead, he went out of his way to help these individuals that he didn’t know so they could be warm and make it to where they needed to go."

Swanson wrote that Dumba didn't want the recognition, but the story was simply too good not to share.