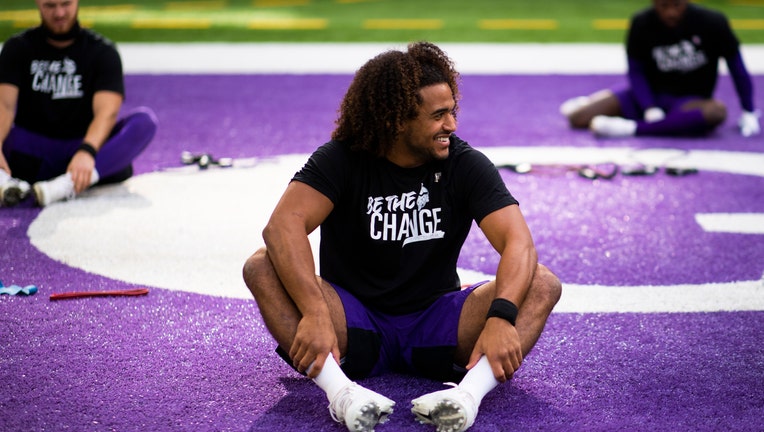 Vikings linebacker Eric Kendricks wears a Be the Change shirt before a game against the Green Bay Packers in Sept. 2020. (Minnesota Vikings.)

EAGAN, Minn. (FOX 9) - Minnesota Vikings linebacker Eric Kendricks is the team's nominee for the 2020 Walter Payton NFL Man of the Year Award, an honor given to a player each season to recognize their contributions to community service.

All 32 teams nominate a player each year. Kendricks said he feels blessed to receive the nomination.

Minnesota Vikings linebacker Eric Kendricks is the team's nominee for the 2020 Walter Payton NFL Man of the Year Award.

"There were times when I needed help when I was younger and people helped me," said Kendricks. "So now I try to help people as much as I can. We are all people who want the same basic things that everybody wants. When you think about other people in that way, that we are all a lot more alike than different, good comes from that."

Kendricks has been a part of the Vikings Social Justice Committee since 2018. Following the death of George Floyd, Kendricks was among those who spoke with Minneapolis Police Chief Medaria Arradondo about how to bring change and better address community concerns. He has also talked to NFL Commissioner Roger Goodell about how the league can address social justice issues.

Throughout the pandemic, Kendricks has continued monthly virtual visits with youth at the Hennepin County Juvenile Detention Center to help offer guidance and support.

Kendricks, who experienced childhood hunger, has also taken steps to prevent food insecurity by partnering with Every Meal.

The 2020 Walter Payton NFL Man of the Year will be announced during NFL Honors, which is held the week of the Super Bowl.