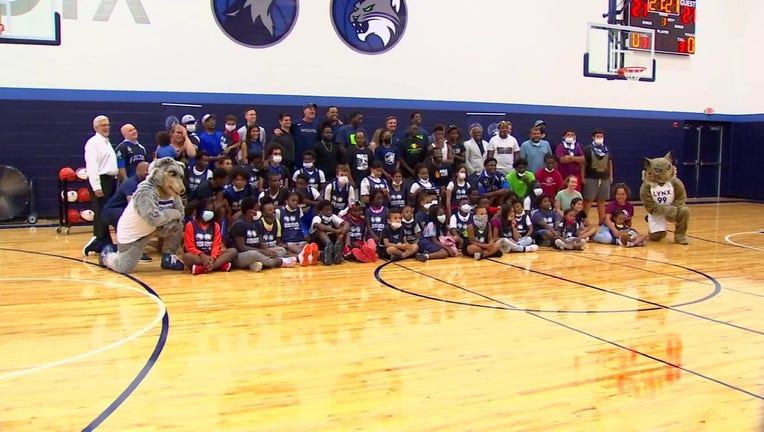 The Minnesota Timberwolves and Lynx unveiled a newly-refurbished court at the Southside Village Boys & Girls Club on Monday.

MINNEAPOLIS - The Minnesota Timberwolves and Lynx on Monday unveiled a newly-refurbished basketball court at the Southside Village Boys & Girls Club.

The Timberwolves and Lynx Basketball Academy, along with Finch, Dangerfield Laettner as well as Quincy Lewis and Felipe Lopez, broke in the new court with kids from the Boys & Girls Club. The Southside Village Boys & Girls Club got a newly-refurbished court as part of the Timberwolves and Lynx "Our Courts, Our Future" program, which is now in its fourth year. In partnership with U.S. Bank, it’s the first indoor court for the project.

Nearly 100 kids per day are likely to use the new court when school is back in session after Labor Day in an effort to use sports as a way to unite communities. It’s the first of two new courts in Minneapolis, with another coming to the Jerry Gamble Boys & Girls Club in north Minneapolis later this summer.

"They see that people have found enough in them to invest in them to give them something like this. That may spark a dream, they see something this nice, they want to see how far they can take it on the court," Dangerfield said.