Team Ruff and Team Fluff are back again for another Puppy Bowl. Besides all the cute action, the featured puppies and kittens are looking for their forever homes. Rufferee Dan Schahner joined Good Day to explain.

The Puppy Bowl, which will air Sunday at 2 p.m. ET on Animal Planet and Discovery+, is a three-hour special filled with 70 of man’s best friends and all the dog and football puns you can stomach.

Team Ruff goes paw-to-paw with Team Fluff for a chance at the Lombarky Trophy, an on-the-nose nod the the Lombardi Trophy awarded to Super Bowl winners.

The Ruff squad will be identifiable by the "Tail Mary Tangerine" color of their bandanas. Team Ruff, who is looking to bounce back from last year’s defeat, will be sporting "Bark Blue."

Fans can expect to see slow-motion replays, nose-to-nose action from the famous water bowl cam, and aerial shots of the field and drone shots of puppy players across the arena, organizers said in a news release.

Puppy cheerleaders will make some noise on sidelines. And at halftime, a crew of kittens will take the field to turn up the beat.

"Audiences will experience the neon dance party they’ve been waiting for all year and rave to the purr-fect beats dropped by senior rescue cat DJ Grand Master Scratch," the news release said.

The participating pooches hail from 22 shelters in nine northeastern states. Organizers hope the event leads to their adoption.

"In years past, Puppy Bowl is 16 for 16 with the adoption rate at 100% as all puppies and kittens featured in Puppy Bowl, to date have found their forever homes with loving families," the news release said.

Snoop and Stewart said they were excited to share their favorite drinks and treats, but that’s not all they’re sharing. They will bring their dogs along with them.

Both of them have French Bulldogs, but Stewart also has a pair of Chow Chows to her name, People magazine reported.

The "Dogg Pound" rapper and lifestyle icon have become one of the more charming, if not unlikely, duos in recent years.

According to People Magazine, they met in 2008 when Snoop made mashed potatoes with Stewart on her show "Martha."

But their friendship truly took off when they teamed up with Comedy Central to roast Justin Bieber in 2015. 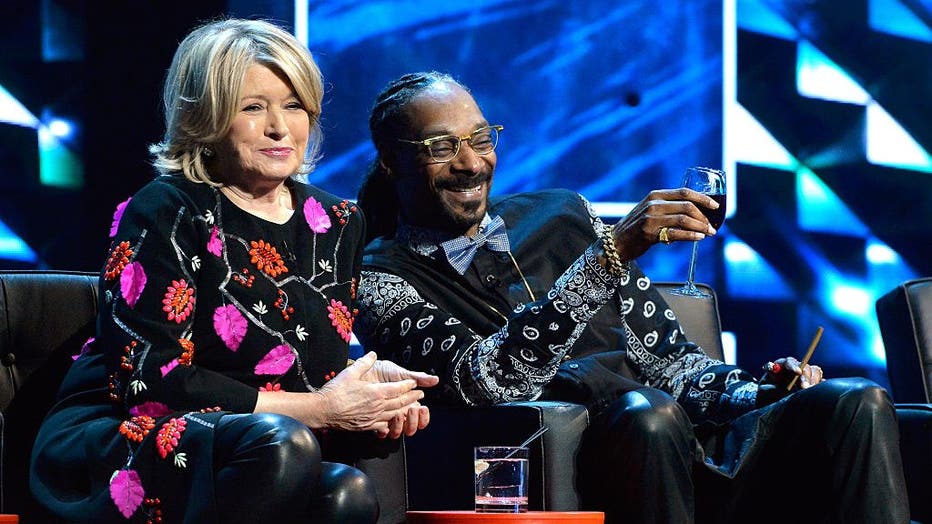 Snoop said Stewart accepts him for who he is and doesn’t try to change him.

"Martha will always be a friend," Snoop told People Magazine.

Stewart has credited Snoop with expanding her vocabulary to include some of his trademark "fo’ shizzles."

"I’ve learned a new vocabulary. I have a little dictionary — I might actually write the dictionary," she said.