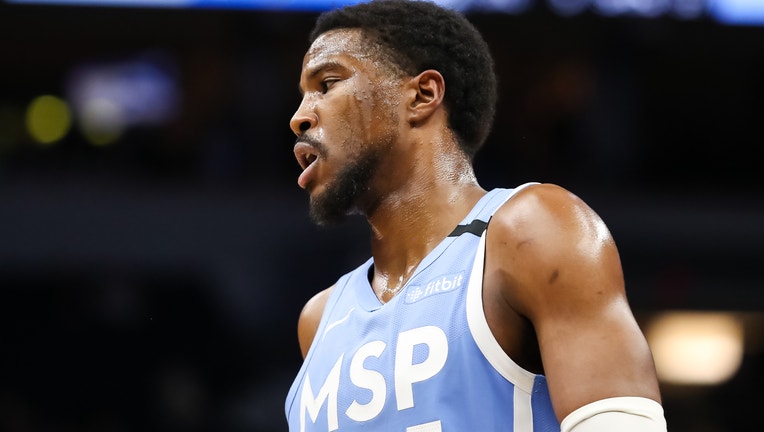 MINNEAPOLIS - The Minnesota Timberwolves open the 2020-21 regular season Wednesday night against the Detroit Pistons, and they don’t yet know if guard Malik Beasley will be in uniform.

Beasley, in a remote court hearing on Monday, pleaded guilty to threats of violence in a September incident outside his Plymouth home. In exchange for the plea, he had felony drug charges dropped and jail time, or home confinement, won’t exceed 120 days and can be served after the NBA season.

On Tuesday, Wolves coach Ryan Saunders said the team is taking things day-by-day with Beasley. He has not heard from the NBA on if Beasley will be suspended, and didn’t say whether or not Beasley will play Wednesday night if he’s not disciplined by the league.

Beasley was arrested in late September after he pointed a rifle at a family in a vehicle outside his home, who at the time was on a Parade of Homes tour. Beasley’s home had been incorrectly listed on the tour, and he grew frustrated at the amount of traffic outside his home.

"I could have retreated, I learned my lesson," Beasley told a judge Monday. "I was not in my right mind. I’m ready to move on."

At the time, the Timberwolves were having their offseason In-Market Program, which Beasley was not participating in. Beasley came to the Timberwolves before last season’s NBA trade deadline in a roster overhaul engineered by Gersson Rosas, which also brought star guard D’Angelo Russell to Minnesota to pair with Karl-Anthony Towns.

In 14 games as a starter with the Wolves last season, Beasley averaged 20.7 points, 5.1 rebounds and shot 42.6 percent from three-point range before the NBA season was suspended due to the COVID-19 pandemic.

Before the team convened for training camp and after his arrest, Rosas signed Beasley to a four-year, $60 million contract.