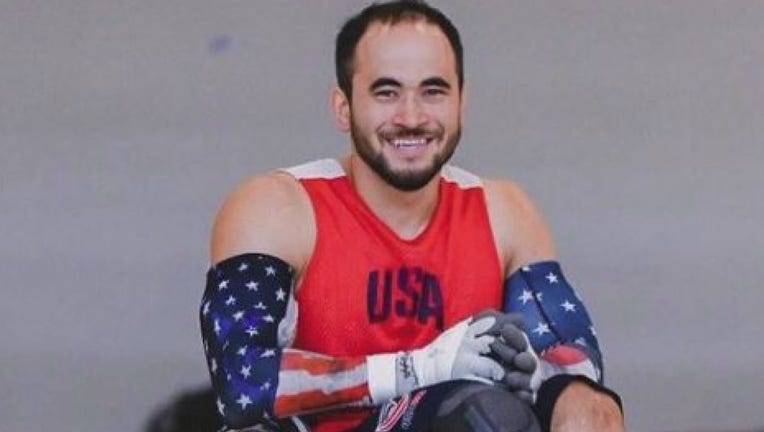 Minneapolis native Chuck Aoki will be representing Team USA on the wheelchair rugby team in Tokyo.

MINNEAPOLIS (FOX 9) - Minneapolis native Chuck Aoki is on his way to Tokyo in hopes of claiming what has eluded him in the past.

"Our expectation is to come home with the gold medal," said Aoki.

Minneapolis native Chuck Aoki is on his way to Tokyo in hopes of claiming what has eluded him in the past.

As a member of Team USA’s wheelchair rugby team, Aoki won bronze in 2012 and silver in 2016, but despite falling short it’s not in his nature to quit.

As a child, Aoki noticed his body didn’t function in the same manner as the other kids and soon his family would discover that he was suffering from a rare condition called hereditary sensory autonomic neuropathy type II.

However, Aoki’s condition never slowed him down and when he discovered wheelchair rugby, he was hooked.

"I got in the chair and they knocked me around, I went flying into the walls, just everything and then I fell in love with it right away," he said.

Dr. Ann Van Heest of Gillette Children’s Specialty Healthcare oversaw much of Aoki’s journey as a child. She says to see how far he has come is inspirational to those diagnosed with similar cases.

"Aoki is really just one of those great personalities that really embraced his sports participation and I’m so excited about hearing that he’s going to be in the Paralympics in Japan and we’re just so proud of everything he’s done," said Van Heest.

The road to Tokyo wasn’t easy, but Aoki was built tough from the get-go. He was forced to overcome physical hurdles and that helped mold him into the three-time Olympian he is today. Aoki says conquering those hard times has made the journey all the sweeter.