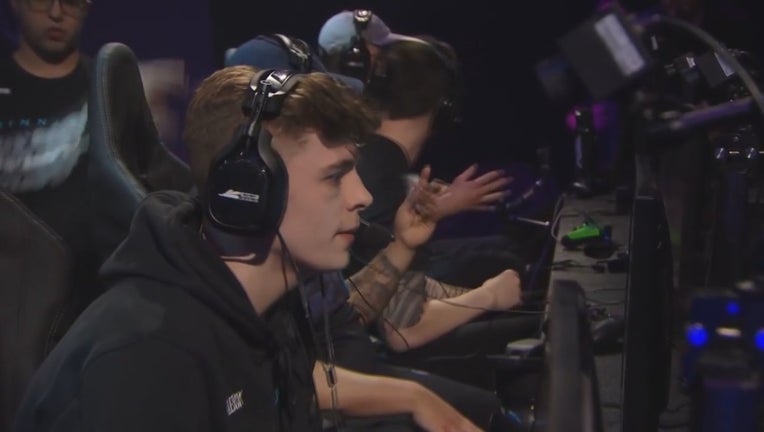 The Minnesota ROKKR are Minnesota's e-sports Call of Duty team.

Diamond says the event is being put on to help those in need during the COVID-19 pandemic.

"It has a $40,000 prize pool, all of which, will go to benefit COVID-19-related charities,” said Diamond. “Each of the teams is designating their own charity that that they'll compete for."

But the charitable efforts don't end there. Outside of the tournament itself through their website and Twitch channel, the ROKKR is helping raise money that will go directly to the University of Minnesota Masonic Children's Hospital.

"And then anything that we're able to raise and the fans raise through donations, we'll match, that's directed to Masonic and their efforts for families and patients," he said.

When word got out of a tournament being put together, the ROKKR had celebrities and even local athletes requesting to take part.

"We've got already several athletes from local Minnesota teams, Trevor May, JT Brown, others that are a part of it," said Diamond. "It's pretty incredible to watch the gaming community as well as athletes come together to support important causes during a time like this and we feel good to be a part of something like that."

Social distancing is currently the new norm, but in the e-gaming world, people can still connect at the click of a button. During unstable times, the ROKKR says this type of tournament isn't likely to be their last.

"We view this as something that has the potential to continue over the course of the next few weeks and months and again just hopefully continue to raise money for these good causes," said Diamond.

For the Call of Duty league, all live events have been canceled for the time being, but e-sports is a world where you don't need to be shoulder-to-shoulder with people or teammates. In that regard, the ROKKR and the e-gaming world are pressing on and in this case doing some good along the way.