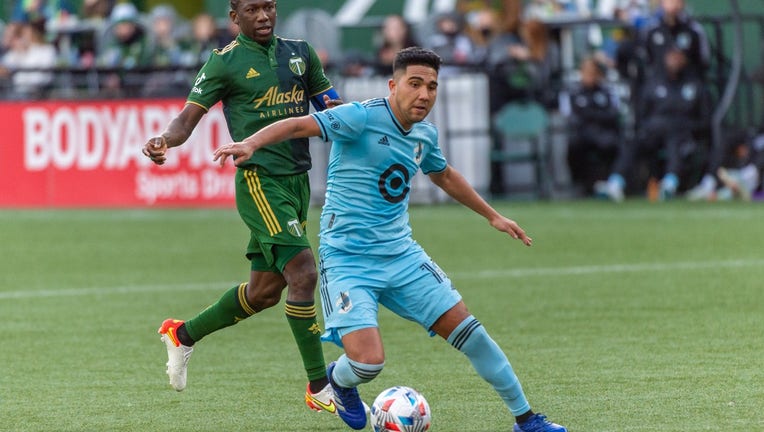 MINNEAPOLIS - Minnesota United officials say they’re investigating after midfielder Emanuel Reynoso, one of the team’s top players, has been accused of threatening and assaulting a boy with a gun in Argentina.

Team officials released a statement on Monday after reports about the incident surfaced in his hometown of Cordoba. According to La Nacion, the daily newspaper in Argentina, Reynoso allegedly attacked a boy with the butt of a pistol last Saturday night, hitting him in the face.

"We are aware of the alleged incident involving Emanuel Reynoso. We are taking this matter seriously and are in the process of gathering as much information as we can. We have no further comment at this time," Minnesota United officials said in a statement.

Reynoso, 26, came to the Loons in August of 2020 after playing for three seasons with Boca Juniors in Buenos Aires, Argentina. He set a Major League Soccer playoff record with three assists in consecutive playoff games in 2020 as Minnesota United reached with the Western Conference Finals for the first time in franchise history.

Reynoso helped lead Minnesota United to the MLS Playoffs for the third straight season in 2021, after the Loons got off to an 0-4 start. Minnesota United’s season ended in a first round playoff loss at the Portland Timbers. Reynoso went back home to his native Argentina for the offseason after the loss.

Reynoso started 28 games for the Loons in 2021, recording five goals and 10 assists.