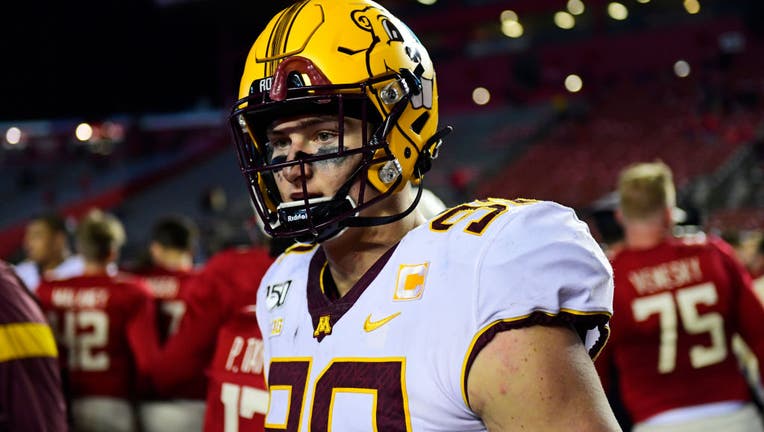 It also happened to be the best chapter of Sam Renner’s football career. One that began as a walk-on, but now Renner is making a run at the NFL.

The Gophers’ win in the Outback Bowl ended an impressive season-long story.

“It’s coming a little later than I expected, but it’s coming,” Renner told FOX 9 about his journey to pro football. “You just have to keep your head down and keep grinding away.”

Renner’s been through a lot since his senior year at Maple Grove. Renner tore his ACL in his final high school season, and not starting a game for the Gophers until the 2019 campaign.

Sam started out the spring of 2019 on the scout team but switched positions from defensive end to defensive tackle where he started 13 games last year for the Gophers.

Renner got the chance he was waiting for, but in order to put up big numbers, Sam started crunching them first.

Renner would also watch players in the NFL who had similar body types at defensive tackle, and used some of their moves to add to his own skillset.

The study work off of the field started to pay off in 2019.

As the weeks progressed last year, Sam’s stats kept increasing as he finished the year with five sacks. That number one of the top numbers by an interior defensive lineman in the Big Ten.

“If I didn’t have the season I did last year, I would be in the shoes that I’m in right now with the opportunities that I do have ahead,” Renner said. “I would’ve probably just been working a normal job.”

On and off of the field, Sam took full advantage of his final year finishing a Master's degree in accountancy in addition to his solid football season.

For now, though, he’s taking a calculated chance to continue playing ball in the pros.

“Statistics are true obviously, only about 1 percent of college athletes are going to play in the National Football League,” Renner said.

“But why not you? Why can’t you be that outlier?”