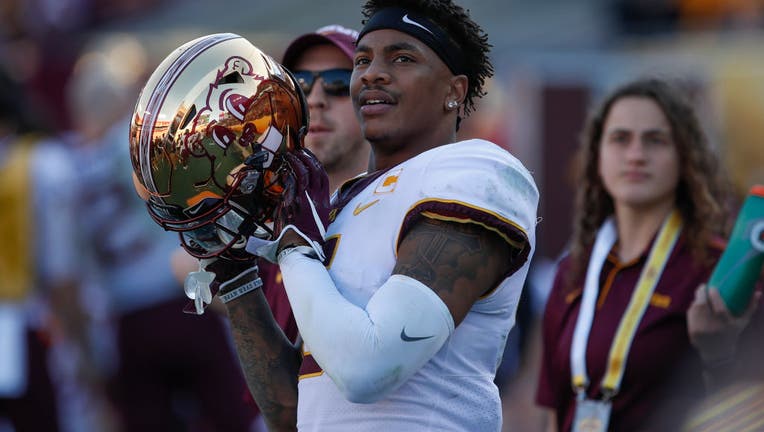 That’s always been the case in football for former Gophers cornerback Chris Williamson, a player who has overcome obstacles along the way but is now on the path to the NFL Draft.

When Reverend Paul recruits Kyle and Mandy to the church bowling team, Mike is left with two unappealing options for Team Baxter, Ryan and Jen. Meanwhile, Vanessa anxiously awaits an endorsement from the Teacher’s Association for her Assembly campaign.

“It’s not something that everybody gets to do,” Williamson told FOX 9 about going through the draft process. “When teams are still calling and I’m lucky to have that opportunity, it’s a blessing. It also motivates me as well because my journey isn’t over.”

From his time with the Florida Gators to transferring to Minnesota, little injuries added up to Williamson missing quality time on the field.

In 2019, Chris stayed fully healthy as he put together a healthy amount of film at different defensive positions all over the field.

“I would say that’s the most consistent I was,” Williamson said of his play in the 2019 season with the Gophers.

“I label myself as one of the most versatile defensive backs in this draft class. I don’t have just one position, I can take up more than one role,” Williamson added.

So far in the draft process, Williamson has met with close to half of the teams in the league. A meeting is in the works with the Vikings ahead of the start of the NFL Draft on April 23.

No play from the 2019 season has jumped out to NFL scouts quite like his leaping one against Penn State. A fourth down pass breakup at the goal line against Nittany Lions’ wide receiver K.J. Hamler, a player considered one of the top-rated wide receivers in this year’s draft.

“That’s one of the plays that always comes up on the board (when talking to teams),” Williamson said.

“Even though I know what’s coming, I still get goosebumps from it.”

As a quality corner, many pundits have cornered Chris as a late-round sleeper. That prognostication that Williamson is actually quite comfortable with, ready to give the rest of the league a wake-up call with whichever team gives him a shot to play in the pros.

“Being labeled a sleeper isn’t a bad thing,” Williamson said. “The underdog story is one that’s better anyway."