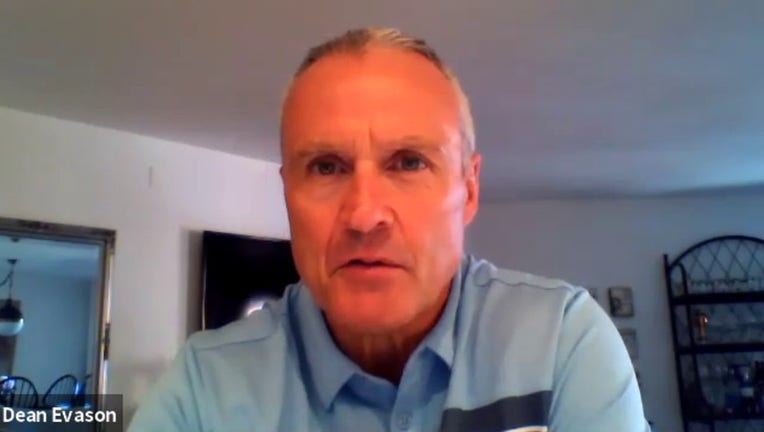 Minnesota Wild coach Dean Evason spoke with reporters Tuesday about the departures of Zach Parise and Ryan Suter, and the additions the team has made ahead of training camp.

MINNEAPOLIS - The Minnesota Wild will have a vastly different look when it comes together for training camp, and two very familiar faces won’t be there when the team hits the ice at TRIA Rink.

In one of team’s first big offseason moves, General Manager Bill Guerin bought out the remaining contracts of veterans Zach Parise and Ryan Suter. The news wasn’t a surprise to coach Dean Evason, who said Tuesday he’s been in constant communication with the front office on Parise and Suter over the multi-month process.

"Nothing was a surprise. We are going forward, obviously this is what we feel as an organization is going to give us our best opportunity to move forward and ultimately towards the goal of winning a Stanley Cup," Evason told reporters via Zoom on Tuesday from Montreal. "Ryan and Zach were not only great players for this organization, but great people off the ice and in the community so we’re going to ask a lot of people to step up in all areas with them being gone."

Parise and Suter have each since found different teams, and the Wild has made a slew of moves themselves.

The Wild has also added center Frederick Gaudreau, who could find himself on a line with Kevin Fiala.

"Obviously we’ve got some changes, clearly. Every team is going to have changes, but we’ve got many on our back end. We’ve got guys that we feel have lots of options to play," Evason said. "It’s nice to have fresh, exciting people coming into your organization and we expect them to fit in well."

Evason expects to have plenty of competition for position battles when training camp starts. That includes Marco Rossi and Matt Boldy. Rossi was out last season dealing with health complications from a battle with COVID-19, and Boldy was called up to the Wild late last season and into the playoffs, but never saw the ice. After finishing his career with Boston College, Boldy turned pro and in 14 games with the Iowa Wild, scored six goals and had 12 assists.

Evason said he wants them both to come to training camp with the mindset that they’re battling for a roster spot.

"If you’re coming to a National Hockey League camp, you better be prepared to make the team. That’s what you’re doing there. There’s a lot of positions that are open, and guys can come in and compete for a job," Evason said.

The Wild’s other priorities before training camp? Figuring out contracts for Fiala and Kirill Kaprizov, and sifting through what they’ll do at center. The Wild has filed arbitration with Fiala, and the news has been quiet with Kaprizov.