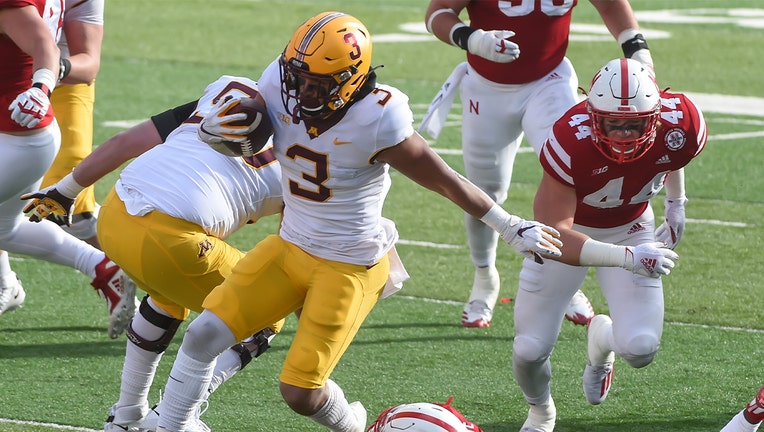 Running back Treyson Potts #3 of the Minnesota Golden Gophers escapes the tackle of cornerback Quinton Newsome #6 of the Nebraska Cornhuskers in the second half at Memorial Stadium on December 12, 2020 in Lincoln, Nebraska.  ( Steven Branscombe/Getty Images / Getty Images)

(FOX 9) - The Big Ten Conference announced Monday if a team is unable to play in a conference game or competition due to COVID-19 during the upcoming season, they will have to forfeit and the game will not be rescheduled.

Last season, the Gophers had to cancel two consecutive games during last year’s shortened seasons due to COVID-19 cases on the team: Wisconsin and Northwestern. The Minnesota-Wisconsin rivalry game was eventually rescheduled and played, with the Badgers keeping Paul Bunyan’s Axe for another year.