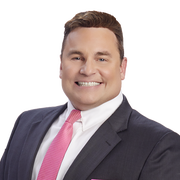 FOX 9’s Emmy Award winning Meteorologist Keith Marler had a problem in college: he didn't know what to do with his life. He loved science, but didn't want to be stuck in a lab. He wanted to teach, but wanted more than a small classroom. He loved hamming it up, but didn’t know if that would be considered a “job-skill”. Then one spring evening he had a moment of career clarity that would guide his actions for years: Keith decided to combine his two dream jobs of teacher and game show host and would be (drum-roll, please) a weatherman! So Keith finished his bachelor's degree in physics and math at the University of Maryland and went on to graduate school for meteorology.

While working on a master's degree, Keith got his first taste of broadcasting when he interned at TV stations in Washington, D.C. Despite making what he says was “the world’s worst resume tape”, Keith managed to land his first television job as the morning meteorologist at KBJR-News6 in Duluth – his very first trip to Minnesota!

Keith and his wife Susan (whom he had met and married while at the University of Maryland) packed up their life and moved north. Keith's skills as a meteorologist grew while in Duluth and he received the American Meteorological Society's coveted Seal of Approval.

After three years of snow, cold, and lutefisk, Keith moved back to the nation’s capital to be the weekend and noon meteorologist at WUSA in D.C. (see, internship connections do pay off!). While there, Keith and Susan decided to finally expand their family, but sadly their son was born prematurely and passed away from Trisomy-13 (a genetic disorder). Within days of Keith and Susan deciding a fresh start might be just what they needed, FOX 9 serendipitously called and asked “Hey...you want to come back to Minnesota?” So in 2003, the Marlers packed up their life and moved halfway across the country for the third time in six years - this time to the Twin Cities and they have no desire to leave anytime soon.

In his time at FOX 9, Keith has given over 100,000 morning weather reports “On the 9s”, won multiple awards (including “America’s Favorite Weather Forecaster”), and taken an active role in several charities (The Leukemia & Lymphoma Society, the American Heart Association, and eQuality – just to name a few).

Keith and Susan have grown their family while here in Minnesota with the birth of their daughter in 2004 and their son in 2007, along with a couple of crazy Bulldogs as part of “Team Marler” over the years.

Keith enjoys spending time with his family and friends (“home” is listed as his favorite vacation spot), always enjoys a good movie (a holdout from his 6 years as a video store employee), geeks out on comic books (yes...comic books), and relishes hanging out with the family in the afternoon (the ONLY benefit of starting work before 3 a.m.!). Keith lives in the Northwest Metro with wife Susan, daughter Gracie and son Jack. 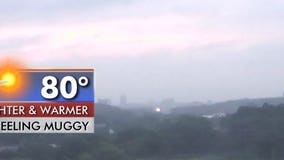 It will feel more like summer Tuesday with a bright and humid afternoon and a high around 80 degrees--our first 80-degree day in three weeks. The last 80-degree was back on Aug. 20.