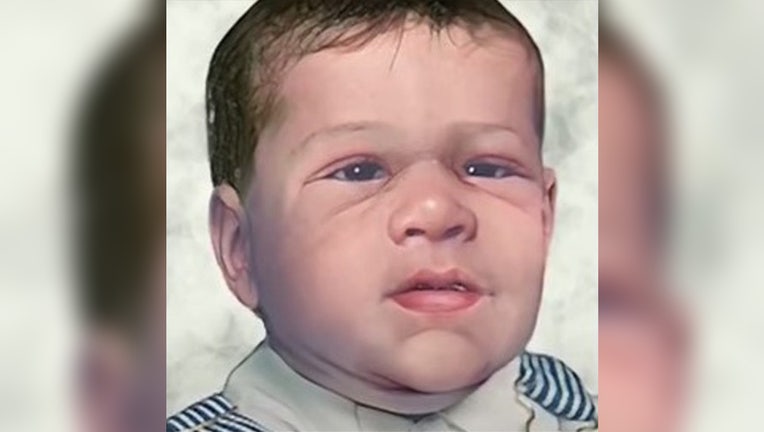 The baby boy found in the Mississippi River in 2003.

GOODHUE COUNTY, Minn. (FOX 9) - A Red Wing-area woman pled guilty to second-degree intentional murder after abandoning her newborn child on the banks of the Mississippi River in 2003.

Jennifer Lynn Matter, 50, filed a petition to plead guilty in Goodhue County Court on Wednesday for second-degree murder with intent but not premeditated after giving birth to a baby boy alone and leaving him along the water.

"I told no one about my pregnancy and concealed it. After giving birth to [the baby], I told no one of the child’s existence or that he was located on an isolated beach," Matter said in the plea agreement.

According to the criminal complaint, on Dec. 7, 2003, police were called after a group of teenagers found the baby while driving through the parking lot of Methodist Beach in Goodhue County.

The baby boy was lying on the shoreline of the Mississippi River with his umbilical cord attached and wrapped around the middle of his body. The coroner determined the baby died of homicide, but his cause of death was undetermined, charges said. Matter was arrested in May 2022 and charged with two counts of second-degree murder for the death of her child.

"I left [the baby] on the beach, walked away, got into my car, and drove away with no intention of returning," Matter said in the plea agreement.

Charging documents also note that a newborn girl was found dead on Nov. 4, 1999, in the Lower Boat Harbor of the Mississippi River near Red Wing. Investigators determined through DNA the baby girl was also Matter’s child. No charges have been filed in connection to that incident at this time.

Matter's sentencing is scheduled for April 28. She faces a maximum sentence of 27 years behind bars.