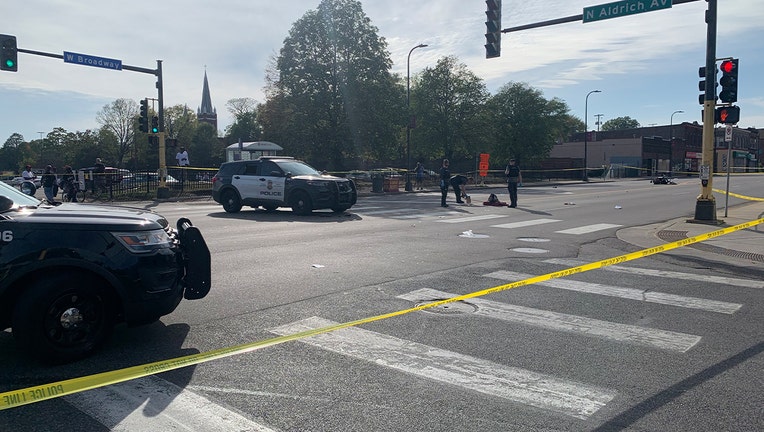 A woman riding a mobility scooter was struck and killed along West Broadway Street in Minneapolis Monday afternoon.

Minneapolis police are investigating after a woman on a mobility scooter was struck and killed by a vehicle Monday afternoon.

According to police, the crash occurred at about 2:26 p.m. at near the intersection of West Broadway Street and Aldrich Avenue North. A woman on a motorized scooter was crossing Aldrich when she was struck by a white SUV and thrown a great distance. The SUV then fled the scene.

The victim was taken to the hospital, where she died.

Authorities are asking for help identifying the suspect vehicle, which they say is a white SUV - possibly a Jeep - with heavy front end damage.

If you have any information, contact the Minneapolis Police Department.