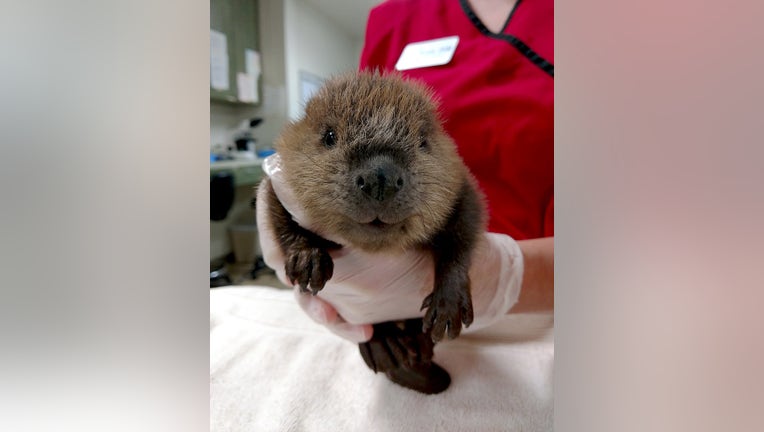 The Wildlife Rehabilitation Center is attempting to reunite this female baby beaver with her family after they believe it fell over Minnehaha Falls.

(FOX 9) - The Wildlife Rehabilitation Center of Minnesota is trying to reunited a baby beaver with her family after the beaver appeared to have gone over Minnehaha Falls.

According to a Facebook post from the WRC, the baby beaver was found in the pool at Minnehaha Falls. They believe she went over the falls because she is too small to have swam that far up river.

While uninjured, the beaver was “pretty exhausted and stressed,” the WRC said. She was put on supportive care to build up her strength.

Wednesday night, the WRC said it made its first attempt at reuniting the beaver with her family. If that failed, they said another attempt would be made Thursday morning. The WRC has not said if either reunion was successful as of Thursday morning.

The reunion is important because beavers typically spend their first two years of life with their parents. Only a handful of rehab centers in the country can raise beavers to their release.

The family reunion is “risky,” the WRC said, but “the benefits of her growing up with her family greatly outweigh her being placed in a zoo or being in a rehab facility for two years.”