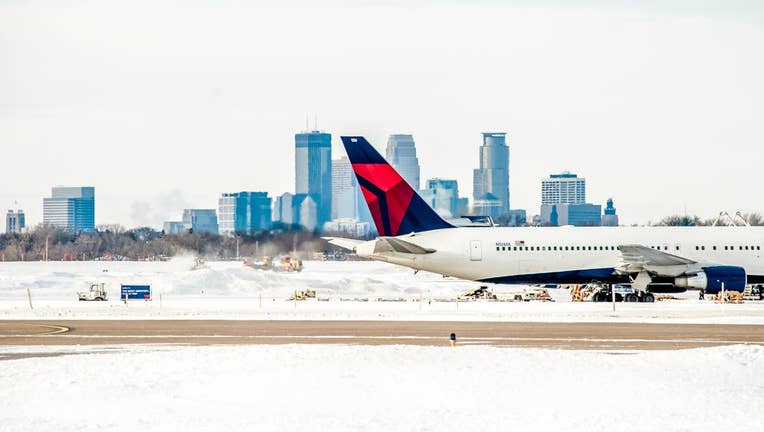 A plane taxis for departure at MSP Airport. (MAC)

MINNEAPOLIS (FOX 9) - Departing planes have been flying a little higher out of Minneapolis-St. Paul International Airport over the last two weeks.

According to the Metropolitan Airports Commission, which oversees MSP Airport, the cold air sustained over the last two weeks in the Twin Cities area has increased the lift and altitude gained by airplanes that depart the airport. 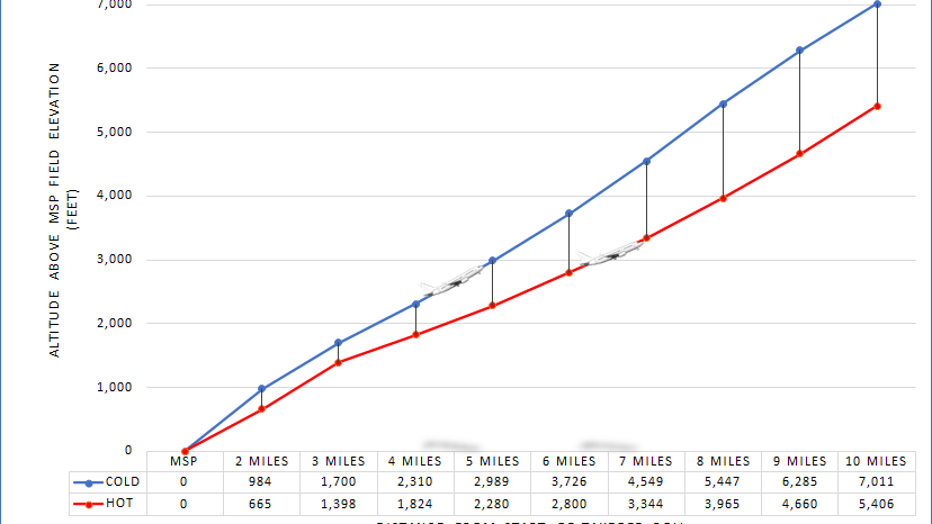 According to the MAC’s Noise e-newsletter, the colder air is denser, which improves the planes’ acceleration and increases lift as they depart MSP.

Data show aircraft were more than 300 feet higher within three miles of the airport during the cold snap this month as compared to the same flights in hotter weather.

At nine and 10 miles from the airport, altitudes were about 1,600 feet higher this month than in the summer.

Earlier this month, the MAC noted that sound waves also travel farther in the cold, making aircraft sound different on cold days than warmer ones. That said, the increased lift and performance of the aircraft actually makes airport noise from departing planes quieter.