The Savage Police Department is investigating Peacebunny Cottage for possible animal neglect; and those familiar with the situation say they feel "sucker-punched" and "shocked" by what was going on behind closed doors.

MINNEAPOLIS (FOX 9) - For years in the south metro, the Peacebunny Cottage has been touted as an oasis of beautiful bunnies. The owners even appeared on NBC’s Today Show and in People Magazine with their remarkable story of an operation all started by a then 8-year-old boy.

In 2019, FOX 9 interviewed the family running the cottage, but the story never aired. FOX 9 decided not to run it because our news crew wasn’t given access to the barn or island where the animals were being kept for security reasons.

Years later, the Savage Police Department is now investigating the property on McColl Drive for possible animal neglect; and those familiar with the situation say they feel "sucker-punched" and "shocked" by what was going on behind closed doors.

FOX 9 spoke on the phone with a private investigator who was on scene on Monday. Even days later they still feel defeated by what they called issues all over an overrun property.

"I still think about it, my chest still hurts, my throat still hurts, my nose still hurts, I don’t know that I will ever be able to wrap my hands around this one," they said. "What I witnessed on so many levels through scent, sound, sight, was very disappointing."

"To be very honest there was nothing I could find redeeming," they continued. 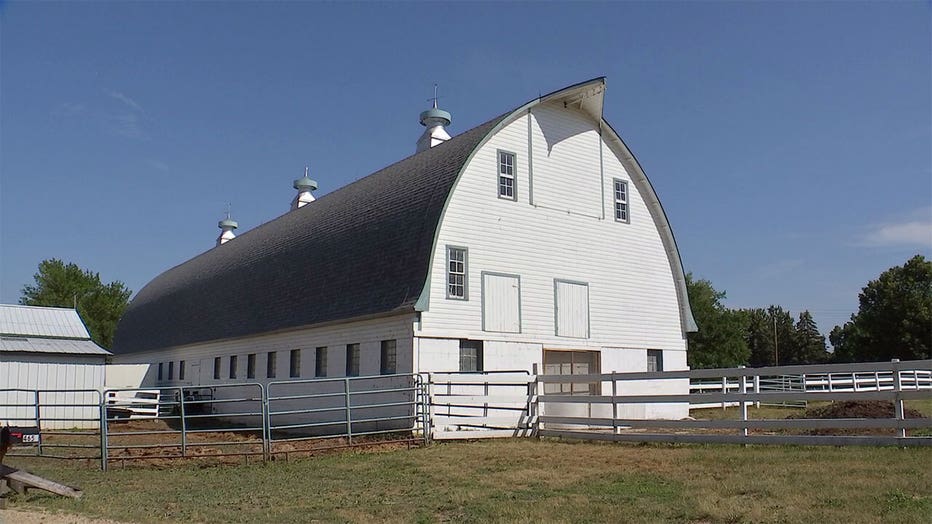 "I observed very poor animal husbandry, below normal standards of care. l observed neglect and cruelty. l observed animals in need of veterinary care and poor conditions that in my professional opinion, did not occur overnight. l observed 2 deceased and decaying carcasses. These animals are not being properly cared for. The rescue is not providing care that is adequate or compliant with Minnesota law. I believe this situation has been going on for quite some time and is chargable. The rabbits I observed should be removed from this situation, seen by veterinary professionals and provided the care they are required. These rabbits are not being given consistent proper nutrition/forage and enough water. Their cages were too small, unsanitary and the air quality was very poor. There were flies, mice and rats observed. There are most likely several pregnant females. I observed babies that were so tiny, they were able to get through the metal of their enclosures and then had difficulties getting back into the cages of where l observed larger adult rabbits, assumed to be their mothers. Some dishes were too big for these little bunnies to drink from and one almost fell into the bowl trying desperately to drink."

On Facebook, the Minnesota Federated Humane Societies wrote "feces were piled so high that the animals were tunneling through it."

According to the warrant, law enforcement took 20 to 40 rabbit carcasses from the property. Eventually, their investigation will be sent to the county attorney for review, and those involved could face charges of animal cruelty and neglect.