Aftermath of wrong-way crash that killed pregnant woman, injured 3 others

A woman who was eight months pregnant was killed in a crash in Minneapolis Thursday night. Neighbors who witnessed the crash said they held the hands of the victims, including the mother who later died, until first responders arrived.

MINNEAPOLIS (FOX 9) - Neighbors who witnessed a deadly crash in Minneapolis’ Willard-Hay neighborhood Thursday night said they held the hands of and prayed with one of the victims, a woman who was eight months pregnant, until first responders arrived. The victim eventually died at the scene.

According to the Minneapolis Police Department, an SUV driving the wrong way on Newton Avenue North struck numerous parked cars on the 1400 block of the street. It continued onto the 1300 block, where it hit a minivan and several other vehicles, causing the minivan to roll over. 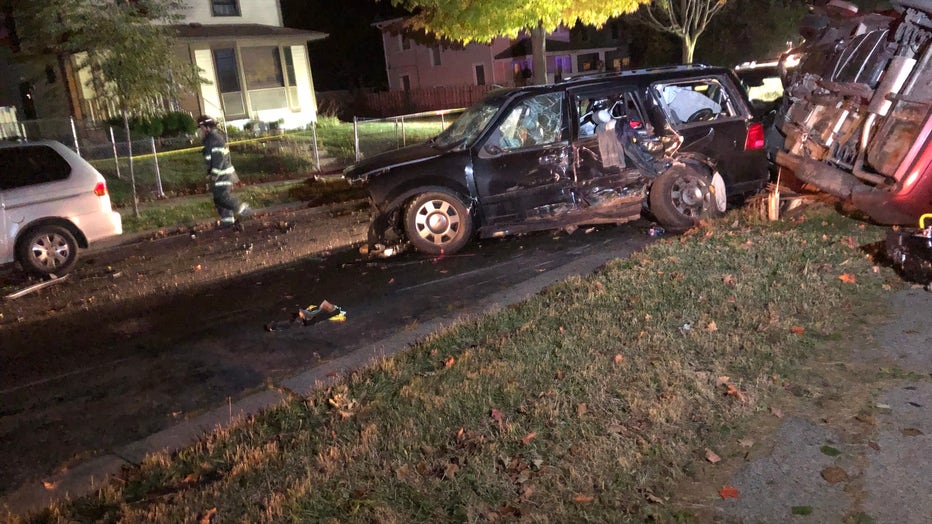 The woman, who was expecting her 11th child, and the father were in the minivan.

Emergency responders worked for nearly an hour to try to free the woman from the minivan, but she, along with her unborn child, died before they could save her.

The woman’s family said the father, who was the driving the minivan, is in the hospital with a broken neck. The two occupants of the SUV suffered non-life threatening injuries.

The driver of the SUV and the passenger are both in police custody. The driver, 36-year-old Mark Franklin Jr., admitted to using PCP before the crash. He is charged with criminal vehicular homicide and three separate counts of criminal vehicular operation.