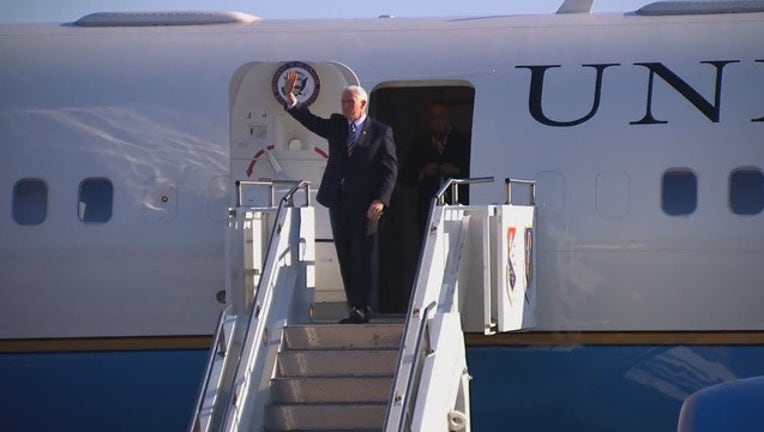 An invitation to the April 25 event obtained by The Associated Press says Pence will be the featured speaker at the evening event. The location is not disclosed.

Walker is up for re-election to a third term in November. He sounded the warning to fellow Republicans on Tuesday after liberal Wisconsin Supreme Court candidate Rebecca Dallet trounced her conservative opponent.

Walker says Wisconsin is at risk of coming under a "blue wave."

Pence was last in Wisconsin in September.

No other stops for the April visit have been announced.