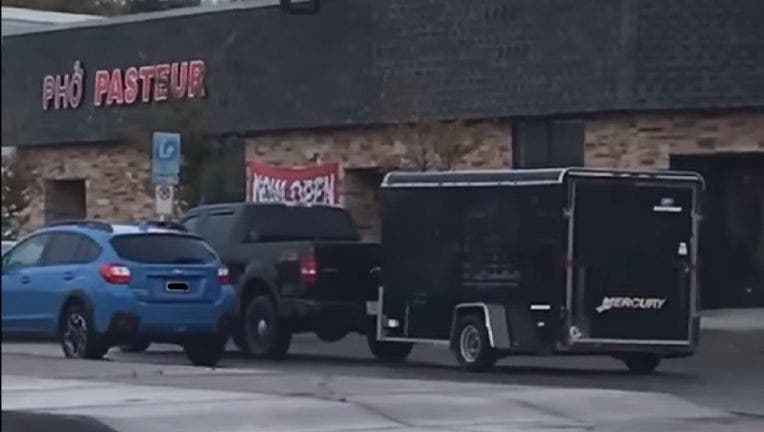 ST. PAUL, Minn. (FOX 9) - It was a happy ending Friday for a Twin Cities metal band that had its merchandise stolen.

Thursday, FOX 9 reported that the band Mythia was searching for a thief after someone hooked up their trailer, which was loaded with band merch, and drove off.

The band said, along with the merch, they also lost their cash box that was in the trailer. Luckily, Friday, the band reported the trailer had been recovered.

A good Samaritan, who repotedly had seen FOX 9's report, spotted the trailer off Highway 280. Inside was everything the band had lost.

In a Facebook post, Mithya wrote: "We cannot believe our luck. To all of you who shared the video of the theft or helped spread the word in any way: thank you. You financially saved our band."

To thank fans, the band is making its music available for free online.