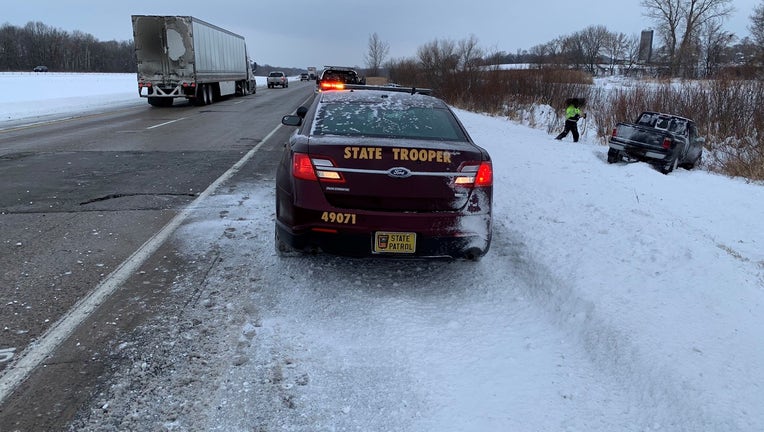 MONTICELLO, Minn. (FOX 9) - The Minnesota State Patrol is reminding drivers to move over and slow down for emergency vehicles, especially in the winter, after two troopers had a close call with a pickup truck on Interstate 94 Wednesday morning.

The State Patrol said the troopers were helping a driver in another vehicle on I-94 between Monticello and Albertville when a truck slid off the road and nearly hit them before crashing into the ditch.

Both troopers were parked on the shoulder with their emergency lights on, according to the State Patrol.

The driver of the truck was cited for careless driving.

The State Patrol is reminding drivers that winter road conditions in Minnesota can be dangerous, even if it is not snowing. Drivers should slow down and increase their following distance and move over when they see flashing lights.