Judge Peter Cahill has ruled on procedure for the upcoming trial of three former Minneapolis police officers, saying there will be no TV livestreaming availability.

MINNEAPOLIS (FOX 9) - The state trial of three former Minneapolis police officers charged in the killing of George Floyd will not be livestreamed.

That's according to an order from Hennepin County District Court Judge Peter Cahill, who is overseeing the trial of Tou Thao, Thomas Lane and J. Alexander Kueng.

Cahill in an order released Monday evening said current court rules do not authorize the district court to allow livestreaming of the criminal trial. 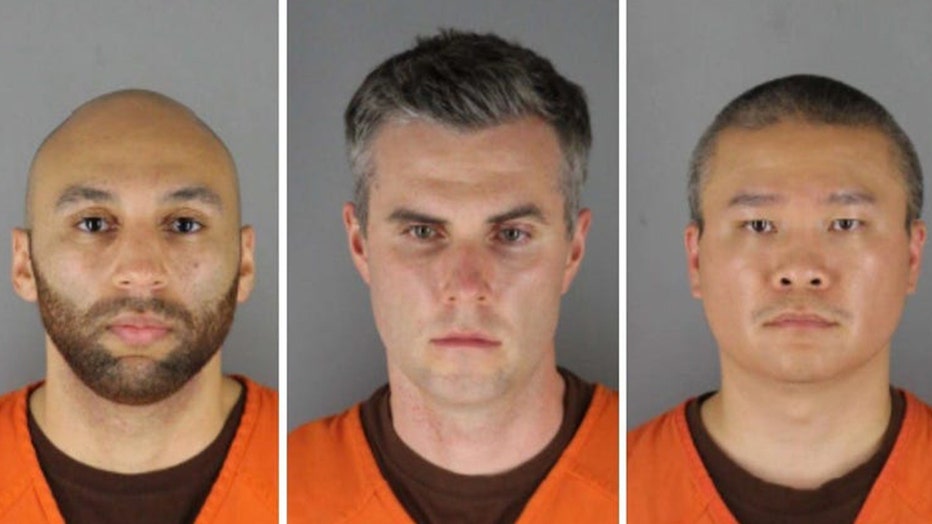 The trial of Derek Chauvin, who was convicted of murder in Floyd's death, was livestreamed. Cahill previously said the trial of the three other officers would also be livestreamed but the issue was revisited this month after Kueng and Lane's attorneys filed a motion to exclude livestreaming of the June trial. Prosecutors had recently asked the court for the trial to be livestreamed.

In Monday's order, Cahill said the circumstances for Chauvin's trial last year, including restrictions related to COVID-19, are different compared to now, so the pandemic cannot be used to justify going against policy to livestream the trial.

Cahill did say he agrees with prosecutors that the streaming of the Chauvin trial demonstrated the benefits of public access to the case and inspired public confidence in the proceedings, which helped "ensure calm in Minneapolis and across the country." But he wrote those views reflect personal views - the court "has no unfettered mandate to ignore court rules or statutes based solely on the court's own personal views of the wisdom of such rules when their import is plain and their applicability clear."

Instead of livestreaming, Cahill's order says there will be two media seats in the courtroom and four seats for Floyd's family, as well as two family members of each defendant. There will also be overflow rooms for other members of the media, family members and the general public.

Cahill also said in the order that partial jury sequestration is appropriate, so the jury will be sequestered during deliberations but not for the entire trial.

Thao, Lane and Kueng are charged with aiding-and-abetting murder in Floyd's May 2020 death. Their trial is set to begin on June 13. Previously, a federal jury convicted the men of depriving George Floyd of his civil rights during his deadly arrest. All three defendants are currently out of custody awaiting sentencing in that federal case.