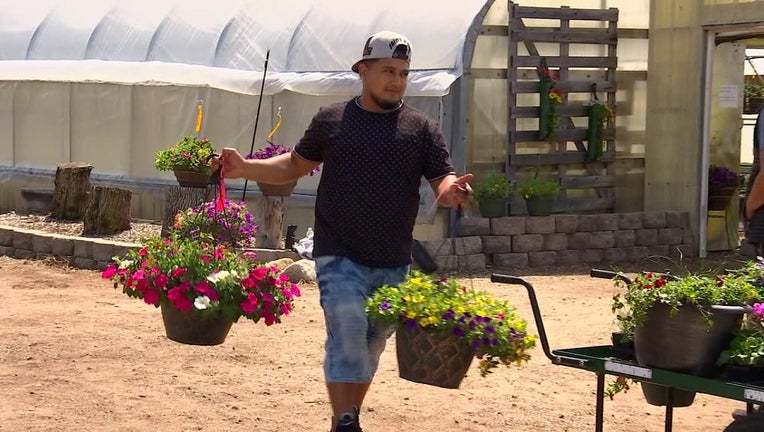 ST. PAUL, Minn. (FOX 9) - Ramsey County Community Corrections is giving some non-violent offenders an alternative to spending time locked up behind bars. Instead of a jail cell, it’s a greenhouse. Instead of roll call, the men and women can pick perennials.

FOX 9 met one of those who recently avoided jail time in what’s known as a sentence to the service program. Rather than serving their sentence in jail, the man who we are only identifying by his first name, Jonathan, chose to complete more than two weeks of community service.

"I like being free. I like being able to do what I want to do," Jonathan told our Paul Blume. "It feels good to be free."

Jonathan was assigned to the greenhouse on the grounds of the Ramsey County Adult Correctional facility, the workhouse on South Century Avenue. The growing operation sits right outside the Concertina wire.

Every spring, they open their doors for the wildly popular flower sale. It serves as a month-long fundraiser for Community Corrections to make sure a guy like Jonathan can find his way to a better tomorrow. 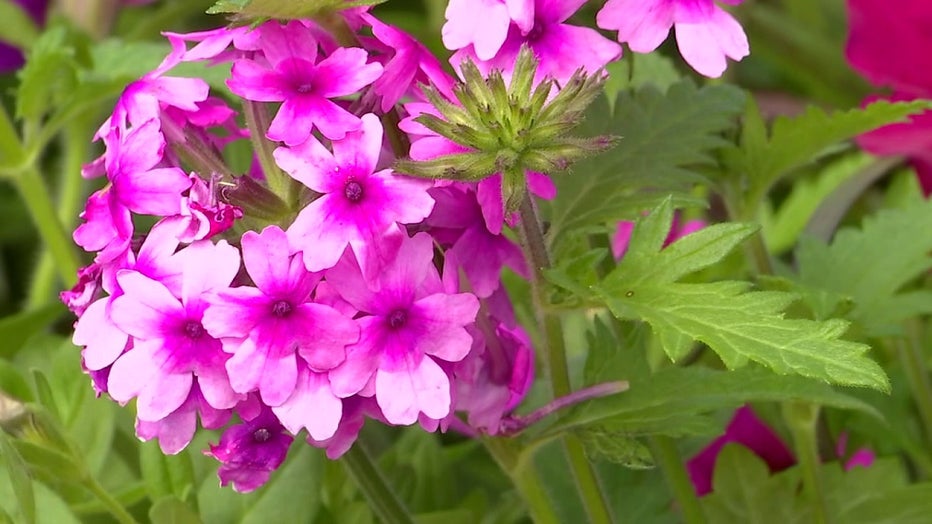 "The goal of this program is to keep people out of prisons, out of jails, but also to get them mental health services and substance use treatment services or case management, whatever they need to get them a better next step. And it works, it's working," explained Kate Fischer, a Vice President with RS Eden, a local non-profit working with the Ramsey County Corrections team.

The pandemic changed the way the greenhouse operates. No longer are workhouse inmates allowed to step out of lock up and roll up their sleeves. Instead, it became part of the alternative sentencing program that includes highway cleanup crews and winter-time shoveling squads.

As for Jonathan, he learns some helpful landscaping skills that may eventually translate into a job. Plus, unlike a highway cleaning assignment, he gets to invest in a full life cycle, planting, watering, caring for, growing and now selling the flowers and plants. 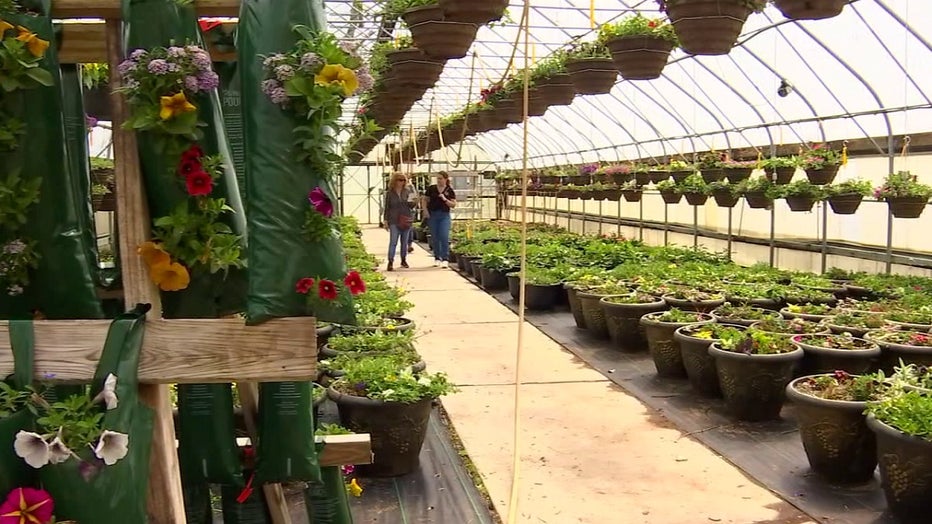 "They get to plant the seeds. They get to see the plants grow, they get to put them together and make them beautiful. So even just in that, then they get to see and hand something over to people are happy. I mean, everyone's smiling today," observed Fischer.

"Oh, yeah, it's pretty good. It feels good. I was thinking of coming back just cause, you know, if they let me come back for some plants or something," Jonathan concluded, one of many with smiles on their faces.

The flower sale, which loyal shoppers insist is less expensive than local garden centers, runs Wednesdays through Sundays for the next few weeks or until supplies last. For more information, you can click here.