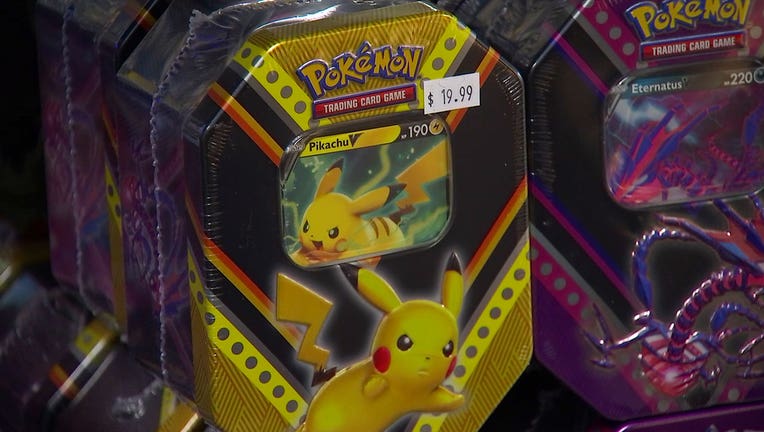 A pack of Pokemon cards. The store owners say the cards taken from his store were unopened and he estimates them to be worth $250,000. (FOX 9)

FOREST LAKE, Minn. (FOX 9) - For the last year and a half, everything Pokémon has been a huge hit with customers at Punch Out Gaming in Forest Lake.

"If it says Pokémon on it, it sells... Pokémon is literally the hottest thing right now," said Eric Johnson, who owns the store with his twin brother.

Early Thursday morning, trading cards and games were flying off the shelves, but not in a good way. Caught on the gaming store's surveillance cameras, a thief broke into a vacant store next door to Punch Out Gaming in Forest Lake and busted through the shared wall.

Early Thursday morning, trading cards and games were flying off the shelves, but not in a good way. Caught on the gaming store's surveillance cameras, a thief broke into a vacant store next door to Punch Out Gaming and busted through the shared wall.

"They broke through the walls, crawled through, and took all the sealed product out of there," said Johnson.

Over the course of about two hours, they emptied out two entire storage rooms full of Pokémon products, but never opened the door that would have tripped the store's alarm system. After completing inventory, Johnson estimates they made off with $250,000 worth of merchandise.

"He must have had help because there were a lot of boxes," said Johnson.

The gaming store has been open for 8 years and the theft has been a big hit to the small, family-owned business. 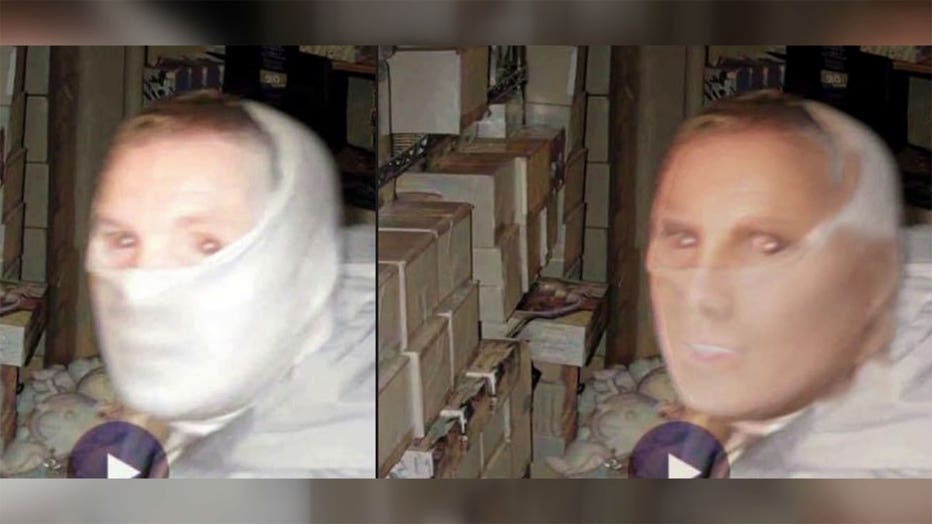 The photo altered by the owner shows what the suspect might look like underneath his balaclava. It's unclear if he has any connection to Team Rocket. (Supplied)

"I realized how much money, product, and time we put into it, and I just started crying...I can't recover this product because our distributors don't have any. So, even with the insurance money, that doesn't do us any good," said Johnson.

Forest Lake Police are investigating the burglary and call the man seen in the surveillance video a "person of interest" that detectives want to talk to. If you have information on the crime, tipsters can call Forest Lake Police at 651-439-9381.

Johnson tells FOX 9 he is very thankful for the entire online Pokémon community, who has embraced the store in the wake of the theft, keeping a close eye on any online listings that might be selling the stolen goods.