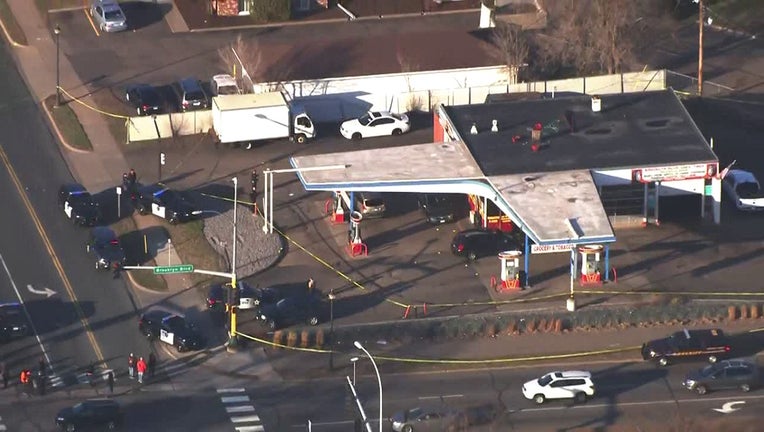 Police investigate outside a gas station in Brooklyn Park after Tuesday's shooting. (FOX 9)

Officers responded to reports of shots fired in the area of Regent Avenue and Brooklyn Boulevard around 6 p.m.

A 19-year-old man suffered seriously injuries after a shootout outside a Brooklyn Park gas station on Tuesday.

At the scene, police found the teen victim who had been shot multiple times. He was rushed to the hospital with serious injuries, police said.

Speaking with witnesses, police learned that several people left the crime scene after the shooting. Officers were able to track down three men as they searched the nearby area. One of the men was found with a handgun, officers said.

At the scene, police say they determined 25 rounds had been fired from several weapons. Aerial video from our helicopter showed the focus of the investigation was outside a gas station and tire shop at the intersection.

The investigation into the shooting is ongoing. Officers say it appears the people involved all knew each other.