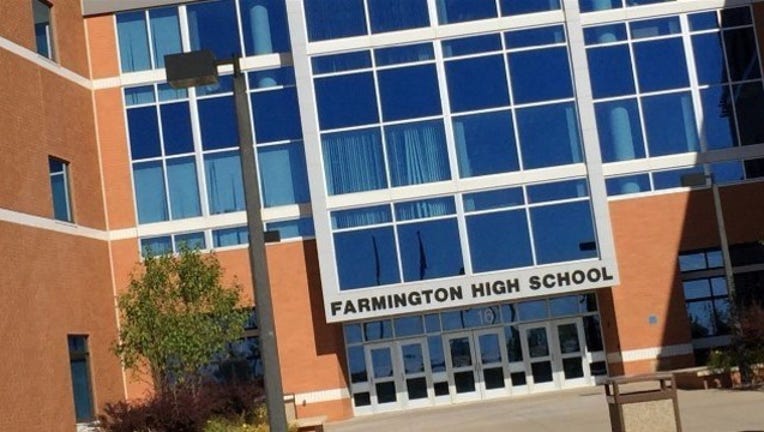 Today, Dakota County authorities announced that at least one Farmington High School student will face criminal charges in connection with a September 28 "juniors versus seniors" hazing incident where two students were tied up and stuffed in the trunk of a car that later got into a minor accident.

Nobody was injured, but the driver -- a 17-year-old senior female -- has been petitioned to court for gross misdemeanor criminal vehicular operation (gross negligence resulting in bodily harm) and misdemeanor assault in the fifth degree (intent to cause fear), according to a Dakota County release.

The backstory: 17 may face charges in Farmington homecoming prank

Twenty-one other students involved in the incident -- 12 17-year-olds (10 females and two males), one 16-year-old male, and two 18-year-old males -- are being offered diversion from prosecution. They won't face charges if they complete the diversion program requirements.

Here, via the release, is how Dakota County officials describe what happened that night:

On September 28, 2014, around 1:00 a.m., a Farmington patrol officer observed a one vehicle accident. He spoke with the 17 year old female driver and her parents, who were also present at the scene. She had been driving her 2009 Pontiac south on Flagstaff and another vehicle had been following behind her. She slowed and pulled onto the shoulder and made a U-turn directly in front of the other vehicle. The other vehicle attempted to swerve around but clipped the front of her vehicle. She stated the other driver was nervous and left the scene. The driver was somewhat evasive, but stated the other driver was possibly bringing some other people home. She contacted the other driver, an 18 year old male, who returned to the scene. The parents did not want a police report and the officer allowed everyone to leave after the drivers and their insurance information had been documented. Later that evening, the officer was contacted by the mother of a 16 year old female who stated that her daughter and a friend had been "kidnapped" by some Farmington High School seniors and placed in the trunk of the 17 year old female's vehicle. They were in the trunk of the Pontiac at the time of the accident.

On September 29, 2014, and over the next several days, a Farmington officer interviewed 23 students. The officer learned that on September 27th around 11:30 p.m., a 16 year old female junior and five other juniors

drove to the 17 year old female's home to "kidnap" her. The plan was part of the "junior and senior war", which sometimes occurred during homecoming week, a practice highly discouraged by school administration. When the juniors pulled up to the residence, they were surrounded by seniors.

At least two juniors were able to get away. One of the seniors jumped on the hood of the junior's vehicle, causing the windshield to crack. The seniors zip tied the wrists of the two 16 year old victims behind their back and placed them in the trunk of the Pontiac. Two other juniors, one of whom was zip tied, were placed in the backseat of the second vehicle. One female was forced to the ground multiple times while seniors tried to zip tie her wrists. The 17 year old drove her Pontiac away from her residence with the four juniors and two other seniors in her vehicle and three seniors drove their vehicles behind with other seniors as passengers.

In the release, Dakota County Attorney James Backstrom says, "This case appears to be a type of hazing incident associated with homecoming activities. These types of activities are clearly inappropriate, dangerous and need to be appropriately addressed."

Farmington Police Chief Bryan Lindquist added, "By holding those involved accountable through this intervention, we hope to deter this type of conduct from occurring again in the future."