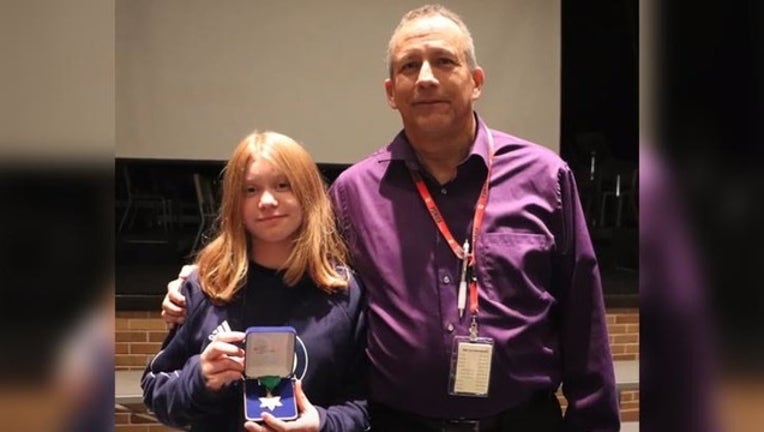 STILLWATER, Minn. (FOX 9) - A young student in Stillwater, Minnesota was honored for saving her teacher's life.

Katie Peterson, a sixth grader at Oak-Land Middle School, received a lifesaving award after she helped her teacher who was having a heart attack. Washington County Sheriff Dan Starry presented Katie with the award Wednesday.

According to Principal Andy Fields, Katie's teacher Mr. Britton was experiencing shortness of breath and chest pains as students were leaving his classroom.

"Katie saw that Mr. Britton was not doing well, so she went and got adults. As a result of her immediate response, we were able to get the care that Mr. Britton needed so he's here today," Fields said in a video shared by the school district.

On Wednesday, Mr. Britton got to thank Katie again.

"I became a teacher to make a difference, but she's the one that made the difference in my life," Mr. Britton said.