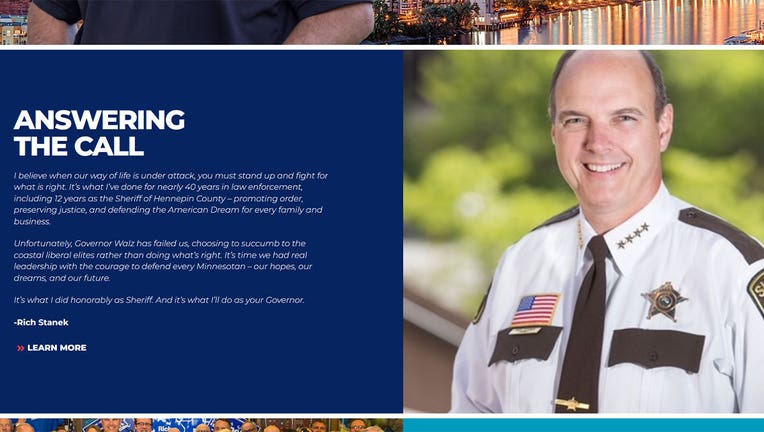 A website, richstanek.com, was updated Monday with potential campaign themes. The website was not live, but anyone could view it though a browser cache.

"It’s time we had real leadership with the courage to defend every Minnesotan – our hopes, our dreams, and our future," reads one page on Stanek's website. "It’s what I did honorably as Sheriff. And it’s what I’ll do as your Governor."

"Thinking about it - but no decision as yet," Stanek said. "Folks are calling for a law and order candidate....as public safety is #1 issue."

Websites do not guarantee a potential candidate will enter the race, but they are often an indication of a person's plans. Last week, someone was circulating an online poll gauging interest in a Stanek bid.

Stanek was Hennepin County sheriff for 12 years before losing his 2018 re-election bid to Dave Hutchinson.

The Republican field for governor is crowded and no clear frontrunner has emerged. This month, former congressional candidate Kendall Qualls entered the race. He joined state Sens. Michelle Benson and Paul Gazelka and former state Sen. Scott Jensen, who have all been in the race for several months.

The candidates are vying for the endorsement of party activists at the GOP's convention, which is scheduled for May 13-14 in Rochester. All candidates in the field have said they would abide by the party's endorsement and not run in a primary.