ST. PAUL, Minn. (FOX 9) - A St. Paul man has been charged for ramming his Ford F-150 pickup truck into a squad car and trying to kill a police officer last month.

St. Paul Police were investigating a domestic assault on October 14 when a man rammed his truck into a squad car at Health Partners Clinic on Wabasha Street. Ble Moo, who police say slashed his wife with a knife the previous night, interrupted the police’s interview with a victim, the complaint said.

A St. Paul man has been charged for ramming his Ford F-150 pickup truck into a squad car and trying to kill a police officer last month.

Moo, 27, is charged with second-degree attempted murder, assault against a police officer, and assault with a dangerous weapon, according to a complaint filed in Minnesota District Court Wednesday morning. The Saint Paul Police Federation is welcoming the newly enhanced charges.

"The reality is he did make the choice to ram the squad and try to kill a police officer," Federation President Mark Ross told FOX 9. "Now he needs to be held accountable to the fullest extent of the law."

According to police and witnesses, Moo left the clinic with his four-year-old daughter and newborn baby girl and drove his white Ford F-150 in the parking lot. As he approached the squad car, he revved his truck’s engine, accelerated and rammed into the driver’s door of the squad car. The officer seated inside the driver’s seat exited the car on the passenger side and approached Moo with his firearm. 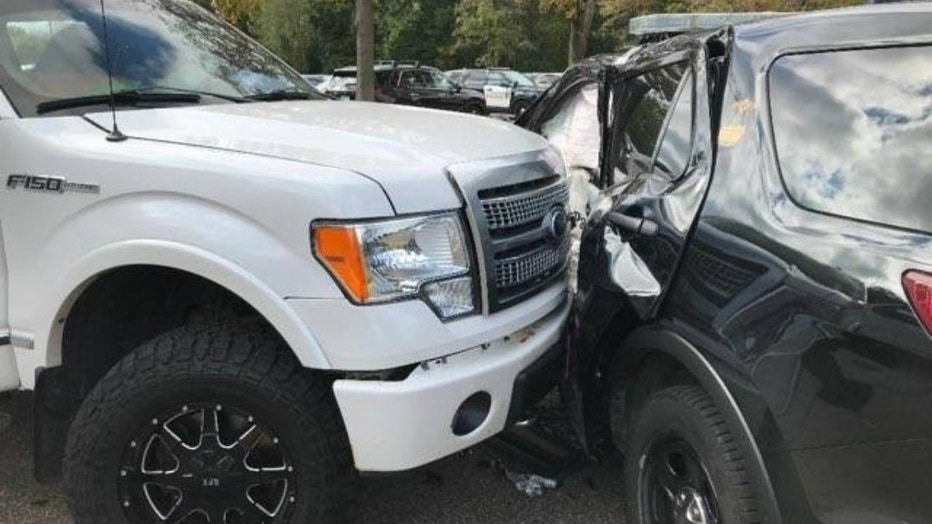 Police say the officer involved suffered pain on his neck, back and hips and a cut on his lip.

Moo’s children were taken to the hospital to be evaluated after the crash. He told St. Paul Police that the baby, who was in the front seat on a blanket, flipped over when he crashed into the squad car and his other daughter was in the backseat without a seatbelt on. 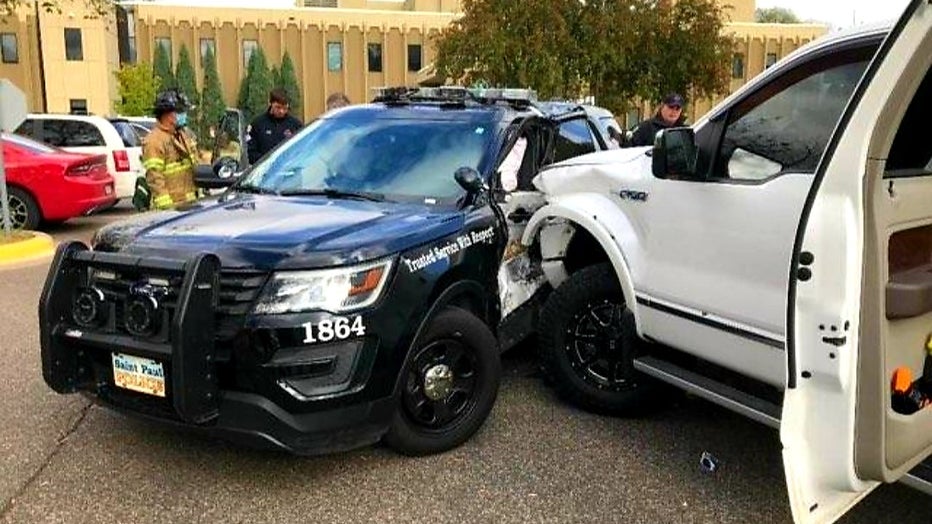 Federation President Ross says officers at the scene should be credited with not escalating a volatile situation and getting medical care for his family.

Ross said, "This is a deadly force situation. I mean we have a suspect here that admittedly rammed a squad car, driver side door, had accelerated and hit the door. He said he was trying to kill somebody and yet, they end up taking this man into custody without any more force."

Meantime, the Saint Paul Police Department released a statement to FOX 9 about the incident: "This was an incredibly dynamic and dangerous situation for our officer. In an instant, a seemingly ordinary call took a potentially deadly turn. We’re glad that he wasn’t more seriously injured or killed—but we also know how lucky we got. We’re thankful for all of our officers, their professionalism and their continued dedication to serving the city, especially during difficult calls for service."

Moo is scheduled to return to court on November 19.