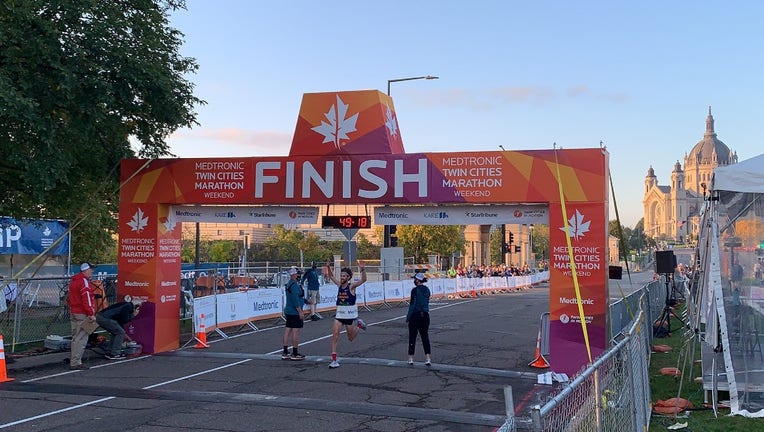 About 400 runners competed in the trio of races, called the TC Looney Challenge.

More than 18,000 runners of all ages are participating in races over the weekend, the first time in a few years the races have taken place in-person.

Runners start near U.S. Bank Stadium, wind their way south around the lakes, and eventually travel east across the river. The finish line is at the State Capitol.