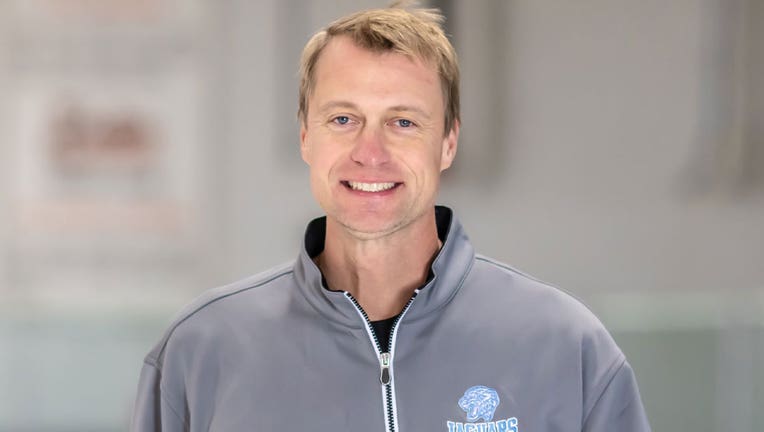 Mike Ryan, the coach of Bloomington-Jefferson's girl's hockey team, was killed after an assault in a St. Paul bar over the weekend. (Jefferson High School Girl's Hockey)

ST. PAUL, Minn. (FOX 9) - The Bloomington-Jefferson High School Girls' Hockey program said a man who died after an assault at a St. Paul bar Saturday night was their head coach.

In a tweet Monday, Jaguar Girl’s Hockey tweeted that Mike Ryan, 48, had died. Saint Paul Police identified him Monday as the victim of a late-night attack at a bar on the 300 block of Washington Street.

A 43-year-old man was arrested and charged in connection with the assault that left Ryan dead. He was identified as 43-year-old Ryan Whisler, of St. Paul.

Police say Ryan was involved in a confrontation when he hit his head on the front steps of the bar. He was taken to Regions Hospital in critical condition but died of his injuries Sunday afternoon.

In their announcement, the Jaguars hockey program said Ryan will be "dearly missed by his wife and daughters and the Bloomington hockey community."

The team asked for privacy for Ryan’s family at this time, saying they’ve been "overwhelmed" with texts and emails.