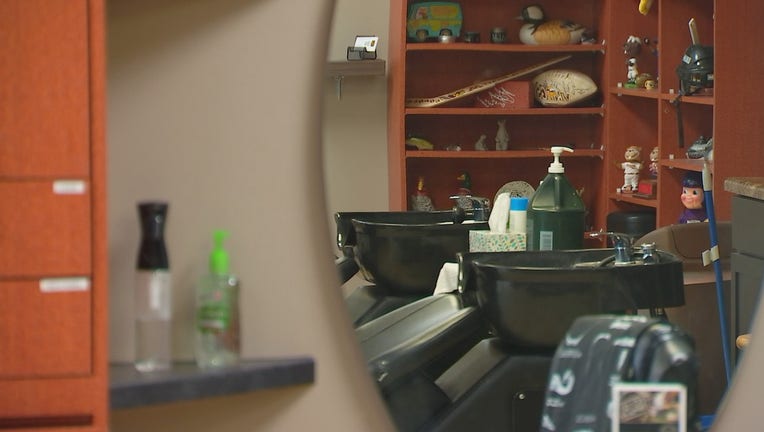 STILLWATER, Minn. (FOX 9) - It is the beginning of tourist season for destination towns like Stillwater, Minnesota, so a limited reopening for retailers starting Monday is coming just in time.

Some, however, are just cautiously optimistic.

It is the beginning of tourist season for destination towns like Stillwater, Minnesota, so a limited reopening for retailers starting Monday is coming just in time.

“I’m grateful to be able to open again,” said Meg Brownson, the owner of Alfresco Casual Living on Main Street in downtown Stillwater. “I’ll never recover the two months that I’ve lost, more than two months really, but that’s – it’s the same for everybody, so, as they say, we’re all in this together.”

Brownson said she expects it to be pretty quiet and she is not expecting big crowds to start.

“I think people are still, you know, social distancing, so I think, hopefully we will have some customers, but I’m not expecting a flood of people to come in,” she said.

Her 56,000 square foot shop should make it easy to spread out. The Governor’s Stay Safe MN order mandates that shops only open at 50 percent occupancy, but Brownson is allowing even fewer than that.

“I have limited it to 25, and if that seems like too many people, I’ll lower it from there even,” she said.

Down the street, the owner of the Water Street Inn and Charlie’s Irish Pub Chuck Dougherty says hearing he may be able to open June 1 is a help.

“Well, at least it’s a date,” he said. “That’s what we’ve been fighting for. I would like to see it earlier, but at least we have a date.”

In the meantime, he worries about people looking to go out for food across the river in Wisconsin, where restaurants are back up and running.

“It doesn’t make it easy for us to do anything over here,” he said.

Rachel Lentz, owner of the Man Cave Precision hair says, when she reopens, she knows she’ll be busy.

“I know when we open we’re already booked solid for like a week, so I’m not potentially worried, but it sucks that I’m not making any money,” she said.

Once June 1 arrives, Lentz says she will be ready to open for those customers safely.

Tuesday, the Stillwater City Council will consider closing some streets and parking lots to allow for outdoor seating so people can take to-go food and drinks and have a place to sit. All of this will help downtown Stillwater feel as normal as possible for their busy tourism season.