(FOX 9) - With over 14 inches of snow during our last meteorological fall month, this is now the snowiest November in the Twin Cities since 1997.

Our monthly total could have been higher, however, because another couple of inches of snow fell in the early hours of Dec. 1, not to mention, if our three-day storm had been a little further south, the widespread 10 inches or more snow totals may have ended up in the Twin Cities.

Even with the “lower than could have been” totals, it’s still the snowiest November in more than 20 years. But interestingly enough, the snowy start to the season doesn’t necessarily mean we will finish winter above average for the year. 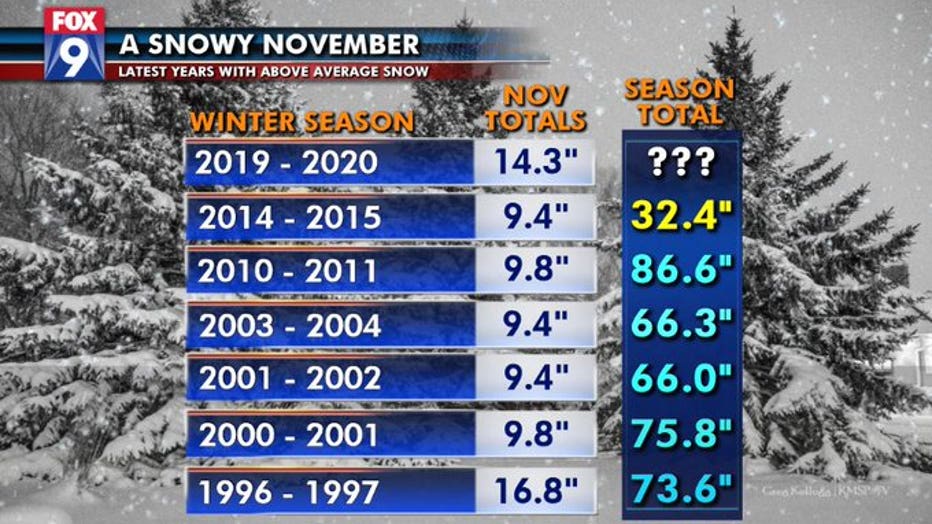 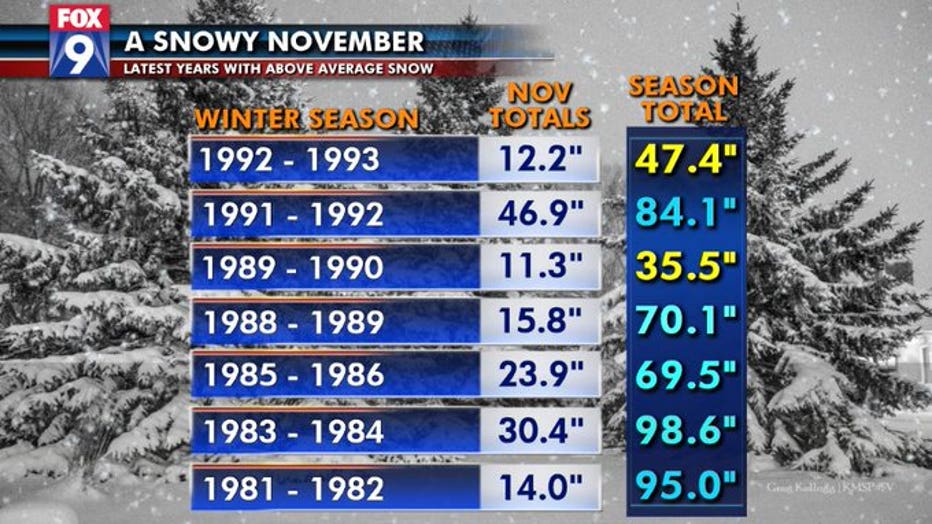 The charts above show you a list of the years since 1980 that the Twin Cities has seen above average snow in the month of November. Notice just how wildly variable the snow in November can be. It can literally range from nothing (which has been observed on a few occasions) to the nearly 4 feet received in November 1991.

The last few years we’ve been above average have been surprisingly consistent, with the exception of November 2014 with that winter coming in well below average. Ten of the last 13 years where we’ve seen above average snow in November, we continued that trend through the winter. Yes, that’s roughly 77 percent of the time, but it’s also not 100 percent like many would think.

Take the last couple of winters for example; they both started extremely slow and then finished strong with very snowy Februarys and Aprils. So really, just about anything can happen from here on out.