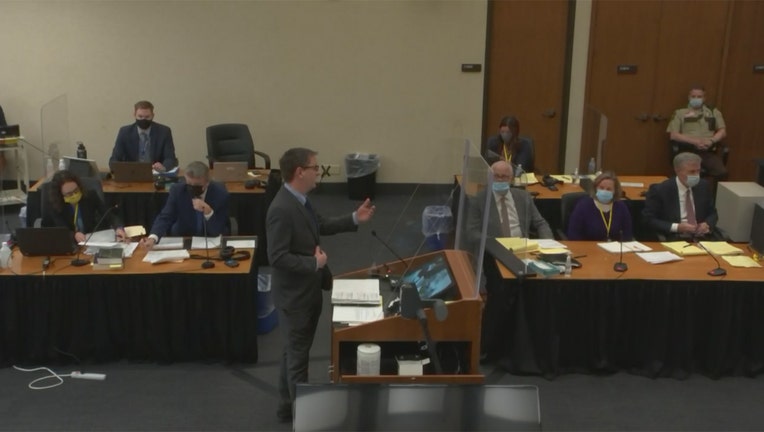 Attorneys and defendant Kim Potter at her trial in the shooting death of Daunte Wright.  (FOX 9)

(FOX 9) - A defense expert in the trial of Kim Potter is expected to testify this week about a controversial theory used to explain how an officer can mistake their handgun for a TASER.

But some experts believe the theory isn’t scientifically rigorous enough for a jury to hear.

A defense expert in the trial of Kim Potter is expected to testify this week about a controversial theory used to explain how an officer can mistake their handgun for a TASER.

Dr. Laurence Miller is a defense expert witness expected to testify about a concept known as ‘slips and capture,’ when an officer, under extreme stress, may reach for their handgun by mistake, when they intend to grab their TASER.

"That slip and catch construct is not in the mainstream research I’ve been able to find at all," said Dr. Kimberly McClure, who studies the intersection of science and law enforcement at Western Illinois University.

"I have never seen a systematic study of it. That’s why I don’t think it’s ready for the courts.  It’s not really quality science," McClure said.

McClure said she was unable to find any published, peer-reviewed research about ‘slips and capture’ in professional science journals. She doesn’t believe any exists.

The concept has appeared in articles for professional police journals written by Dr. Bill Lewinski of the Force Science Institute in Mankato. 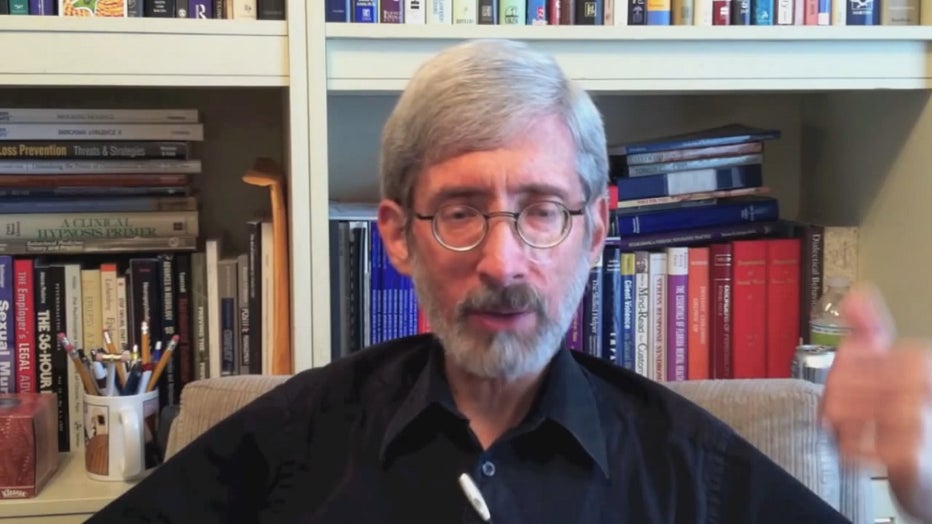 Dr. Lewinski is a frequent expert witness in police use of force cases.  His research has been criticized in the New York Times as ‘junk science.’

Similarly, Dr. Miller has been criticized for taking established scientific concepts in neuroscience and behavioral psychology and extrapolating that research to police use of force cases.

In the Potter case, Dr. Miller is expected to take a very real concept in cognitive and behavioral science, known as ‘action error,’ and mold it to the idea of slips and capture.

Dr. McClure said even taking established cognitive theories and applying those theories to police use of force cases can be fraught.

"We want to see experiments where we are putting officers in simulations, and we are manipulating stressors.  We want to know why they occur, what’s the frequency, and are they rare," she said.

McClure said none of that experimental research has been conducted and peer reviewed.

Prosecutors in the Potter case tried to keep Dr. Miller from testifying about ‘action error,’ or ‘slips and capture,’ arguing in legal briefs "it would not be relevant or helpful to the jury."

Judge Regina Chu ruled Dr. Miller can testify about the broad scientific concepts, but he may not offer an opinion about whether Potter actually experienced slip and capture.

It will be up to the jury to figure out what is science versus speculation.

McClure believes that for experts to introduce scientific concepts to a jury they should meet what’s known as a Daubert standard and the science should be published and peer reviewed in scientific journals.

Minnesota courts use a broader standard for evaluating expert testimony known as the Frye standard. Prosecutors in the Potter case did not ask for a Frye hearing to evaluate the scientific evidence of slips and capture.

Dr. Miller was an expert for Chicago Police officer Jason Van Dyke, who shot Laquan McDonald 16 times in the back on October 20, 2014, while McDonald, who was holding a knife, was walking away from the officer.

In that case, Miller argued that stress can trigger the hypothalamus-pituitary-adrenal axis, or HPA-axis, stimulating a fight or flight response that may distort perception and memory.

Miller told a Cook County jury on October 2, 2018, that Van Dyke should be found not guilty because he "responded to what he perceived was a deadly threat.  And responded in a way, based on his training, was designed to neutralize that threat as he understood it."

Van Dyke was found guilty on a lesser charge of second-degree murder.  Miller has said he believes his expert testimony was instrumental in getting a conviction on the lesser charge.

There’ve been 18 cases involving taser-handgun confusion in the last 20 years, according to data collected by one researcher.

Even if slips and capture was a valid scientific concept, its application to use of force cases remains uncertain, Dr. McClure said.

"It doesn’t excuse behavior, it just explains it, right? And it’s not sufficient to say it happens rarely and assign culpability, because we just don’t know. We don’t know," she said.