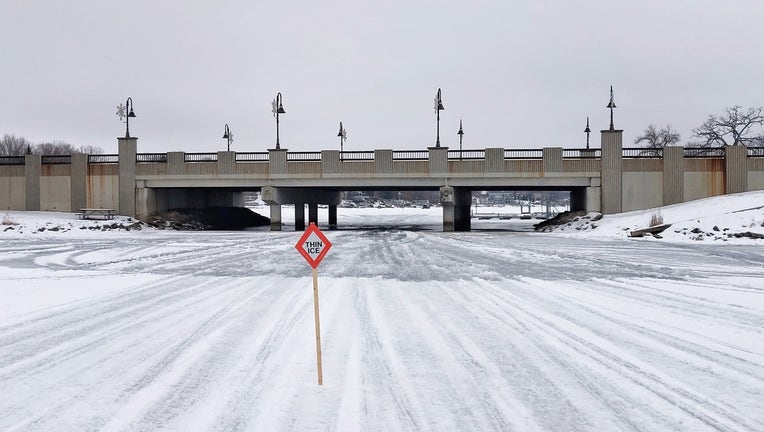 Poor ice conditions under a bridge on Prior Lake during an unseasonably warm January. (Scott County Sheriff's Office)

PRIOR LAKE, Minn. (FOX 9) - The Scott County Sheriff’s Office says it has pulled out two snowmobiles from Prior Lake after they went through the ice in the past week.

Conditions on the ice, the Sheriff says, deserve "extreme caution." The Twin Cities area has not seen a sub-zero temperature yet this month. 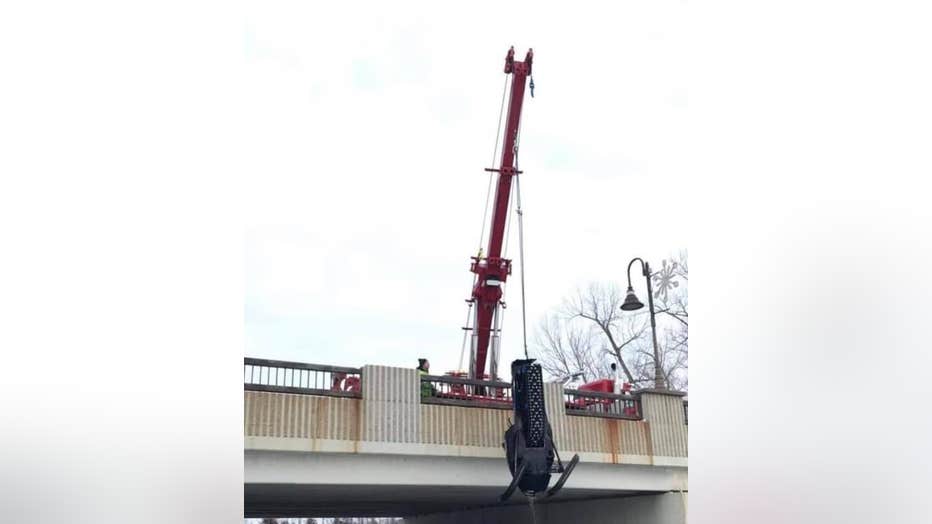 Photos shared on the department’s Facebook page show the open water and a crane lifting a snowmobile out of it.

The Sheriff’s Office pointed particularly to an area of open water under the Wagon Bridge. Law enforcement responded to reports of snowmobiles skipping the open water. In some cases, snowmobilers rode around the bridge on private property.

The Sheriff’s Office asked snowmobilers to stay away from the area and to stay on designated trails to get around the open water.

Added patrols are being assigned to the area to issue citations to snowmobilers who carelessly operate, trespass or damage property.