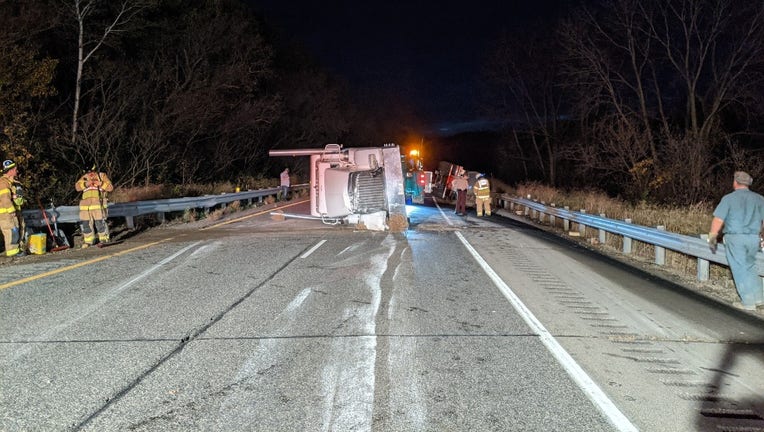 According to the sheriff's office, I-90 between Dakota and Nodine was shut down Tuesday night after a semi truck was cut off by another driver, causing it to rollover and detach.

Crews are cleaning up the old beer and cooking grease that spilled onto the roadway.