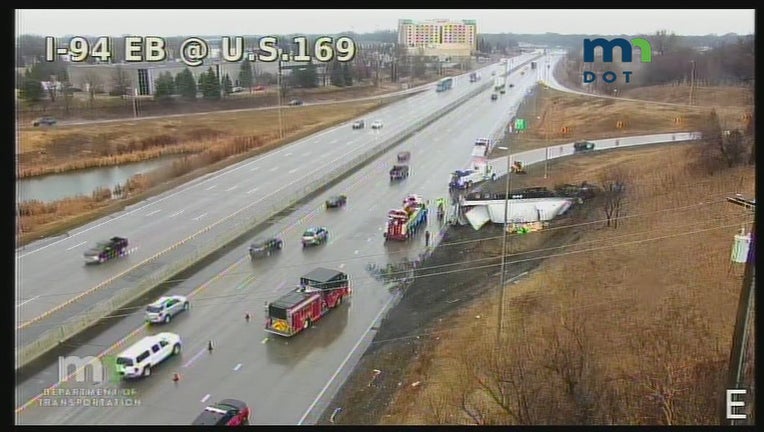 BROOKLYN PARK, Minn. (FOX 9) - A crash Wednesday evening sent a truck off the road, spilling some of its load of dog food along I-94.

Minnesota State Patrol was called just after 5 p.m. to I-94  east of Highway 169 for the crash.

At the scene, troopers learned the crash involved two vehicles and resulted in the semi, which was carrying about 40,000 pounds of dog food, to go off the southbound shoulder.

Traffic cameras show the truck sustained significant damage in the wreck. But, Minnesota State Patrol says there were only minor injuries due the crash.

At least one lane was closed as crews investigated the incident. Troopers say MnDOT is now assisting with cleanup.